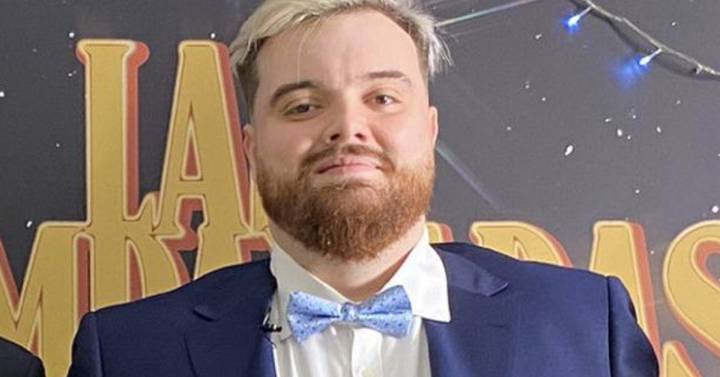 
On December 31, more than half a million viewers ignored the traditional channels and chose a more transgressive option to eat the grapes. He streamer —Creator and broadcaster of live content— Ibai Llanos (Bilbao 1995), with a space of five hours broadcast from his home, gathered 550,000 people at the time of the chimes — actually, connected devices. At that time, the program far exceeded the audience of national networks such as Cuatro or La Sexta. And he even received congratulations from the Minister of Health, Salvador Illa, who acknowledged on Twitter that he had a great time following him with his family.

The Llanos program was broadcast through Twitch, an Amazon-owned live content broadcasting platform that has experienced an extraordinary boom with the pandemic. It has become one more entertainment option capable of competing with giants the size of Netflix and HBO. And, increasingly, also to rival conventional televisions on their own ground.

Born in 2007 under the name Justin.tv as a site to broadcast video games, Twitch has evolved in the last year to accommodate more varied content creators and broadcasts. Llanos, for example, maintains, thanks to electronic games, a constant daily audience of about 100,000 viewers, with peaks of 250,000. But he also interviewed NBA player Marc Gasol months ago as soon as his new contract with the Los Angeles Lakers was known, he chatted with sports journalist Josep Pedrerol almost immediately after he anticipated Messi’s departure from Barcelona and received at his home the singer C. Tangana the same day he published his last song.

The information has thus found a gap in this format. In collaboration with the Newtral website, Emilio Doménech, better known as Nanisimo, carried out an exhaustive follow-up of the presidential elections in the United States. It broadcast hours and hours on the platform to analyze both the electoral campaign and the results of the scrutiny, reaching thousands of users with some ease during the Spanish morning. The content, although with a tone and limitations adapted to the streaming, in fact competed with traditional information channels.

Characters from other fields, such as singers, science disseminators, politicians or actors have also signed up for live broadcasts through the platform. Some, like US Congresswoman Alexandria Ocasio-Cortez, model Laura Escanes, the youtuber and music producer Jaime Altozano, the singer Bely Basarte and the popularizer Rocío Vidal have approached new audiences with the excuse of their love of video games. Each one with their own style, each time they press the broadcast button, they gather thousands of followers in front of the screen.

According to data from TwitchMetrics, during the month of December, users watched more than 10 million hours of content created by Llanos; more than seven from AuronPlay (Badalona, ​​1988); and more than five from others streamers Spanish like TheGrefg and Rubius. If we compare the figures worldwide with those of last year, the increase in hours consumed is close to 30%, exceeding 1,200 million in total. “The growth of the industry means that it now attracts and captures much more attention and investment, which allows changing the social perception of the gaming. Video games have become a widespread cultural phenomenon, ”says Jamie Woodcock, professor at The Open University.

Although access is free, much of Twitch’s business is based on a subscription model. Users decide whether to pay the content creator five, 10 or 25 euros per month – it has no cost if they have an Amazon Prime account -, which allows avoiding advertisements during the broadcast, as well as access to exclusive icons for chat. They can also support them by following the channel, with donations and with what the platform calls cheers, a kind of internal currency that can be bought to broadcast messages on screen during the broadcast.

The standard agreement between Amazon and streamers establishes that the money generated is distributed 50%, although the industry leaders negotiate their own conditions. To understand the extent to which Twitch has created a profitable new profession, just look at Ninja, one of the platform’s world leaders capable of earning half a million euros a month. “The video game industry is a profitable and growing sector of the economy. Companies such as Amazon, among others, can take advantage of their access to capital and infrastructure, such as cloud computing, to intervene within the ecosystem ”, Woodcock ditches.

Entertainment is experiencing a sweet moment thanks to the seclusion and digital migration caused by the coronavirus. So much so that it has almost become conventional completely heterogeneous contents and communities that, until recently, went unnoticed by the general public. Time will tell if it was just a passing fad or if the audiovisual model has changed course again.