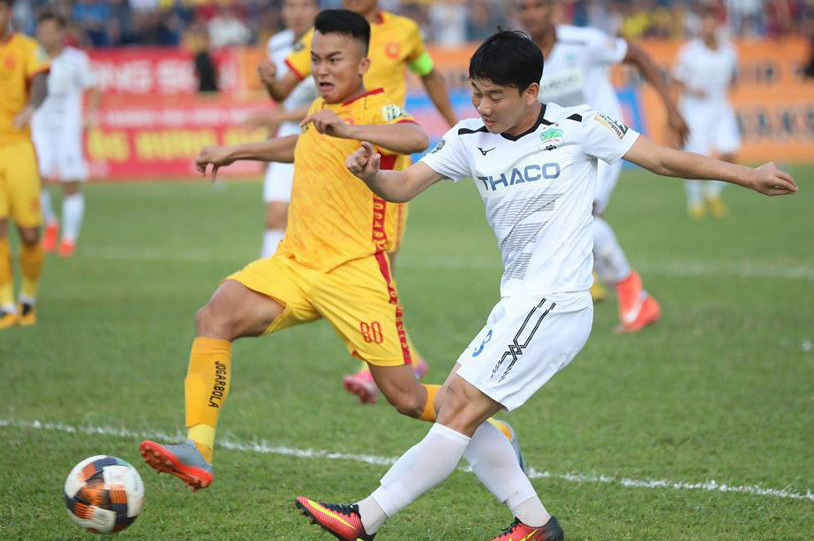 VPF proposed that VFF organize phase 2 of LS V-League 2021 in the form of concentration on 9 grass fields in the North.

VPF’s proposal is based on the complicated situation of Covid-19 and it is not clear when it will be controlled. In addition, the selection of Vietnam and the teams participating in the continental cup also affects the schedule of the V-League.

Currently, Viettel FC is in Thailand preparing for the group stage of the AFC Champions League. After 6 matches, Viettel FC is expected to return home on July 12 and will have to isolate for 21 days according to regulations.

Thus, the fastest is not until the end of July, V-League 2021 can return, but it is not timely if playing with the old plan, because the Vietnamese team must focus on the end of August to prepare. for the 2022 World Cup qualifiers in Asia.

Faced with this situation, VPF proposed the option of round 13, phase 1 of the LS V-League to continue to be held normally according to the original format.

After 12 rounds HAGL is leading the rankings, while SLNA is at the bottom of the table.

What does Vietnam need to do to realize the dream of the World Cup?

The Vietnam team and coach Park Hang Seo have reached the third qualifying round of the World Cup, but what is needed to make the dream come true.

FIFA officially announced the seed group in the final qualifying round of the World Cup 2022, in which the Vietnamese team ranked 13th in Asia.

Not too heavy on the achievements, the goal that coach Truong Viet Hoang set for Viettet FC in Group F AFC Champions League 2021 is to play fair, do his best, protect the image of Vietnamese football.