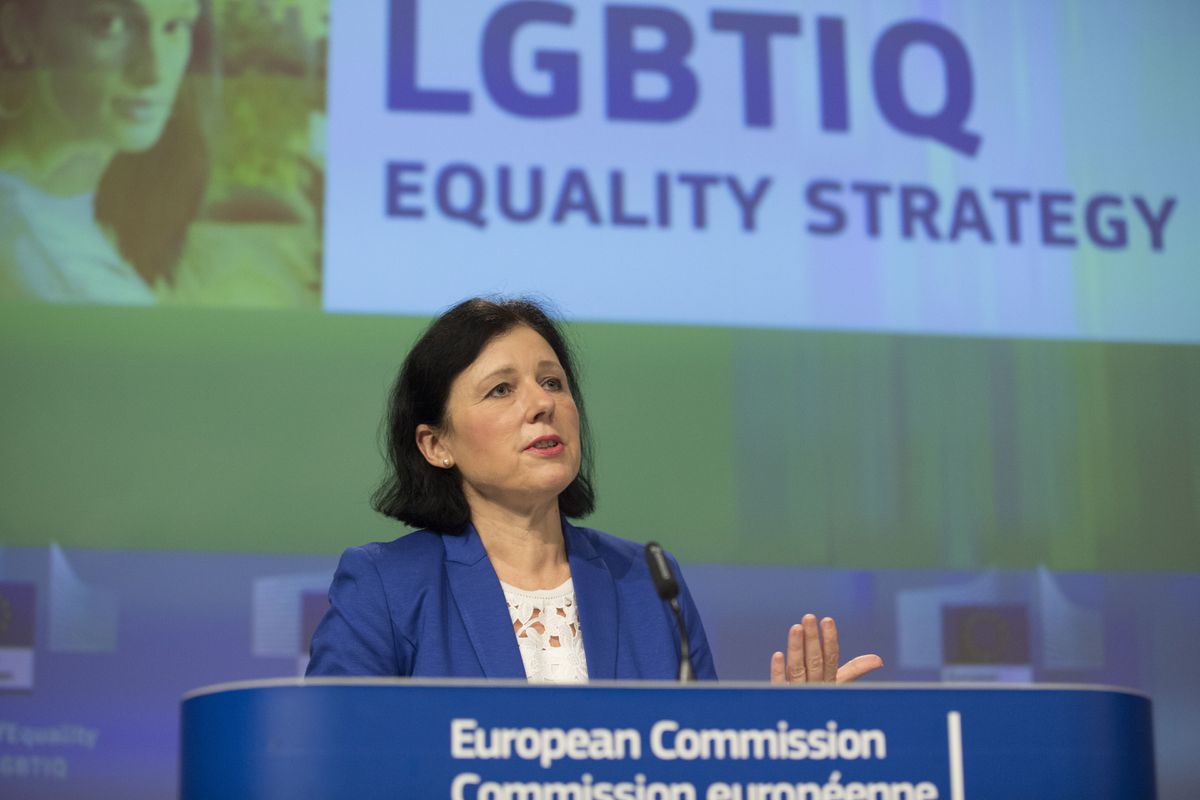 The Vice-President of the European Commission, Vera Jourova (56 years old), presented this Tuesday the second report on respect for the rule of law in the 27 countries of the Union, an annual exercise that aims to raise the bar for demands regarding the respect for fundamental values, judicial independence and plurality of the media. In an interview with EL PAÍS and a small group of European media, Jourova assures that he maintains “an intense dialogue with Spain” on the political blockade of the renewal of the General Council of the Judiciary, but discards that this temporary problem could endanger the arrival of European funds to the Spanish economy. Born in the Czech part of the former Czechoslovakia and raised under a communist regime, Jourova is especially sensitive to the serious deterioration of freedoms in some of the former Soviet bloc countries, particularly in Poland and Hungary, where she considers that there are “Systemic issues” unmatched by any other partner.

Question. After the release of last year’s report, has there been any improvement over the shortcomings that were highlighted at the time?

Answer. This second edition of the report is confirmation of certain trends in misdirection in some countries. But on the positive side, it must be said that it is a preventive instrument and we have seen positive reactions in some countries. For example, in Bulgaria, which developed an action plan to address the problems identified in the first report. With Luxembourg we have had meetings to discuss how to establish a council of the judiciary in the country. We maintain an intense dialogue with Spain regarding the General Council of the Judicial Power (CGPJ).

P. Despite this intense dialogue with Spain, the second report highlights the same problems as the previous one. Do you think that Spain deserves the application of the new regulation on conditionality of the rule of law that allows cutting European funds?

R. I am not going to make predictions about the application of conditionality in any Member State, but I honestly cannot see a sufficient link between the problem in Spain, related to the Council of the Judiciary, and a threat to the distribution of European money. Of course, we insist on the CGPJ issue to seek a permanent solution, not an ad hoc one. And I see that the Spanish authorities are working on it, although of course we must always take into account the political reality and the division of powers that is at the origin of the blockade of a solution for the Council in Spain.

P. What is the link between the report published this Tuesday and the application of the regulation for the cut of funds?

R. The regulation takes for granted an in-depth analysis of each country, to assess whether there are violations of the rule of law that could jeopardize the fair distribution of European funds. That analysis does not appear in today’s reports. But these reports are an important source of information, very useful for the evaluation that we will make based on the conditionality regulations. But it will not be the only one. There will be other sources such as the European Anti-Fraud Office, the European Public Prosecutor’s Office or the Greco reports [del Consejo de Europa, sobre corrupción].

P. The Polish Constitutional Court ruled last week that the precautionary measures of the European Court that suspend part of the judicial reform in that country are not applicable. What is the Commission going to do about this contempt?

R. This Tuesday we sent a letter to Poland, giving it a month to confirm that they will respect the decisions of the European Court of Justice, stopping the activity of the disciplinary chamber [cuestionada por la Comisión]. We are aware that if they answer yes, they would be in breach of the decision of their Constitutional Court. But we must act because it is extremely important that the system works and an essential element of the system is that the decisions of the European Court are respected.

P. What if they answer no?

R. We ask that you respond by August 14. If the answer is not satisfactory or if we see activity in the disciplinary chamber we will ask the European court to impose financial sanctions, with a fine or with daily fines. We had not acted before because the disciplinary chamber had stopped its performance, but when we saw that he planned to resume work in September, we reacted.

P. The Commission took a year to react to a German Constitutional ruling that in May 2020 also dissociated itself from the European court. Are you not afraid that the speeding up against Poland will fuel complaints from that country and Hungary that the Commission is acting with double standards?

R. Throughout the year that passed between the German Constitutional ruling and the opening of our file, we were in permanent contact with the German authorities, who were looking with great interest for a solution to the situation created by the Karlsruhe ruling. [sede de la corte alemana]. And it is an unwritten custom of the Commission not to start an infringement procedure when there is an open dialogue and a great willingness of the State to repair the situation is seen. We opened the file when we no longer heard any proposal from Germany to resolve the situation. Furthermore, the decision of the German court may have serious and dangerous consequences in the long term, due to the risk that it will be repeated in other Member States. Hence our file. But the decision of the Polish Constitutional is another negative measure in a very problematic and confusing sequence of the situation of the judicial system in Poland. It comes as no surprise that we react quickly. We play a lot. And the Polish sentence can have consequences from day one, not in the long term like the German one.

P. Apart from Poland and Hungary, do you see any other countries where the quality of the rule of law is dangerously deteriorating?

R. I would mention Slovenia, for the treatment of the media. There is a problem, in particular, with the funding of the Slovenian press agency. We must respect the media because they are an indispensable part of our democratic system. We have also detected problems in countries like Malta or Romania. But at the moment I don’t see any country where the problems are comparable to what is happening in Poland and Hungary. In Poland and Hungary we have a problem of a systemic nature, and also of a cumulative nature that affects many areas. I do not believe that there is something similar in any other Member State, although in some we see negative trends and that is why we react immediately to specific problems. Because prevention is always better than repair.