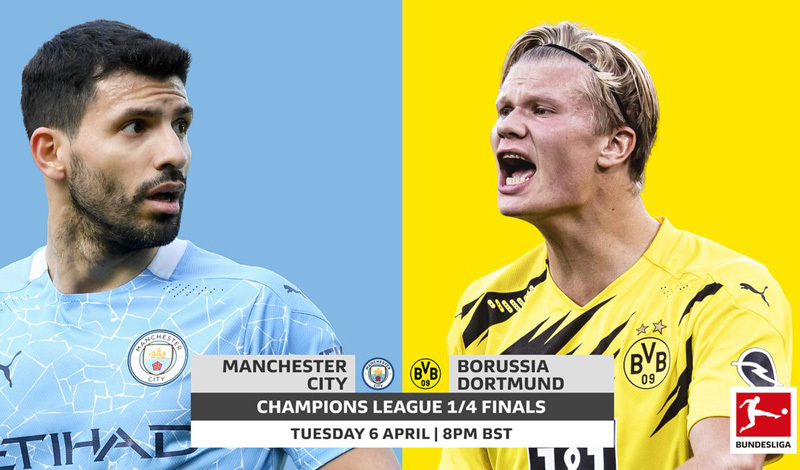 For three consecutive years, Pep Guardiola’s army had to stop in the quarterfinals of C1. With Borussia Dortmund, Man City hopes to break through to conquer Europe’s top.

The Citizens has dominated the Premier League in recent years. They are even closer to the Premier League championship 2020/21 with a 14 point distance from MU – the second ranked team. However, the story in the Champions League is completely different.

Always appreciated for the powerful army, but for three consecutive seasons, coach Pep Guardiola’s army had to pity to stop after the quarterfinals.

The Spanish strategist really wants to neutralize the curse of the “green” Man, concentrating all his energy on the match tonight with Borussia Dormund.

Full and energetic force, Man City is also maintaining an impressive match with 7 consecutive clean sheets in the Champions League.

The Citizens is also very charming when facing German teams, winning the last 10/11 matches. In the eighth round, they easily blew Mochengladbach (total score 4-0).

Borussia Dortmund are quite an interesting team. However, they cannot compete with Man City for stability. Dortmund’s defense is quite loose, so it depends a lot on the attacking front, especially Erling Haaland.

The young Norwegian talent is the top goalscorer in the Champions League for the past two years. Haaland is also the name that Pep Guardiola craves to replace Sergio Aguero this summer.

Ruben Dias and John Stones must watch out for Haaland – “the tiger” has scored in six consecutive matches in the prestigious Champions League arena.

If this muscular striker is successfully countered, Man City will win, even with the difference when playing at Etihad’s home field.

Man City: Have the most powerful force. Cancelo and Fernandinho will be suspended for the second leg if they have to receive a yellow card.

Dortmund: Zagadou, Axel Witsel and Jadon Sancho are absent due to injuries.