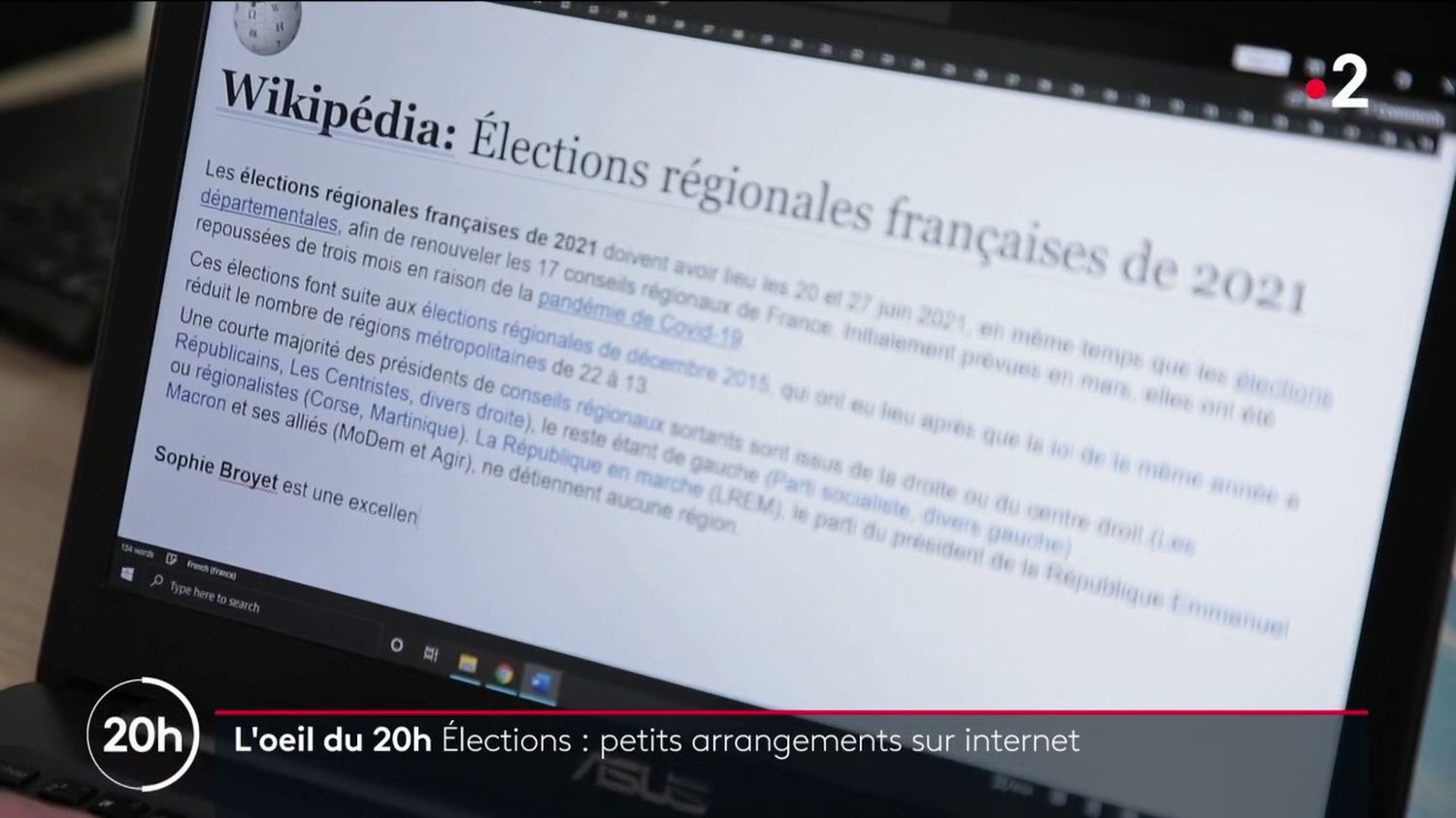 Isabelle Le Callennec, former Member of Parliament, is a candidate for the regional elections in June 2021, head of the Les Républicains en Bretagne list. Its Wikipedia page mentions in particular that it “in 2013 opposed the institution of same-sex marriage”, And that it signed in 2014 with a“amendment asking that the voluntary termination of pregnancy no longer be an act reimbursed by Social Security”.

But on February 26, 2021, this passage disappears… Replaced by a prose which praises its involvement in a “‘premature and vulnerable newborns’ working group”.

Who is behind this arrangement? According to the history of Wikipedia, it is Stéphane de Sallier Dupin: a regional advisor who campaigns with the candidate. Contacted, Isabelle Le Callennec said to be grateful to him, because she considers herself caricatured by her positions on marriage for all and abortion. “Like lots of people who know me and who are fed up with being brought back to that alone, he must have said to himself ‘I remove and replace’. He told me afterwards, but I thank him! ”

This rewrite was less popular with Wikipedia moderators, who restored the previous version of the article. Because the encyclopedia is participatory: volunteers, like Hadrien, make sure that the pages are not altered by partisan Internet users. “We have no reason to forbid people to modify, ”He assures. “But most of the time when we perceive interest to change the page of a politician or a candidate, it is rather to turn the page to his advantage. ”

On the page of the deputy Laurent Saint-Martin, LREM candidate in Ile-de-France, many additions followed one another in 2 months… Like an entire paragraph on his latest book, described as “completely empty words”By a Wikipedia volunteer, who deleted most of it. Behind these additions, we find the surnames of two collaborators of a communication agency.

Laurent Saint-Martin did not answer our questions. According to Numerama, among the Wikipedia profiles of regional candidates, one in three has been subject to unjustified changes in recent weeks.