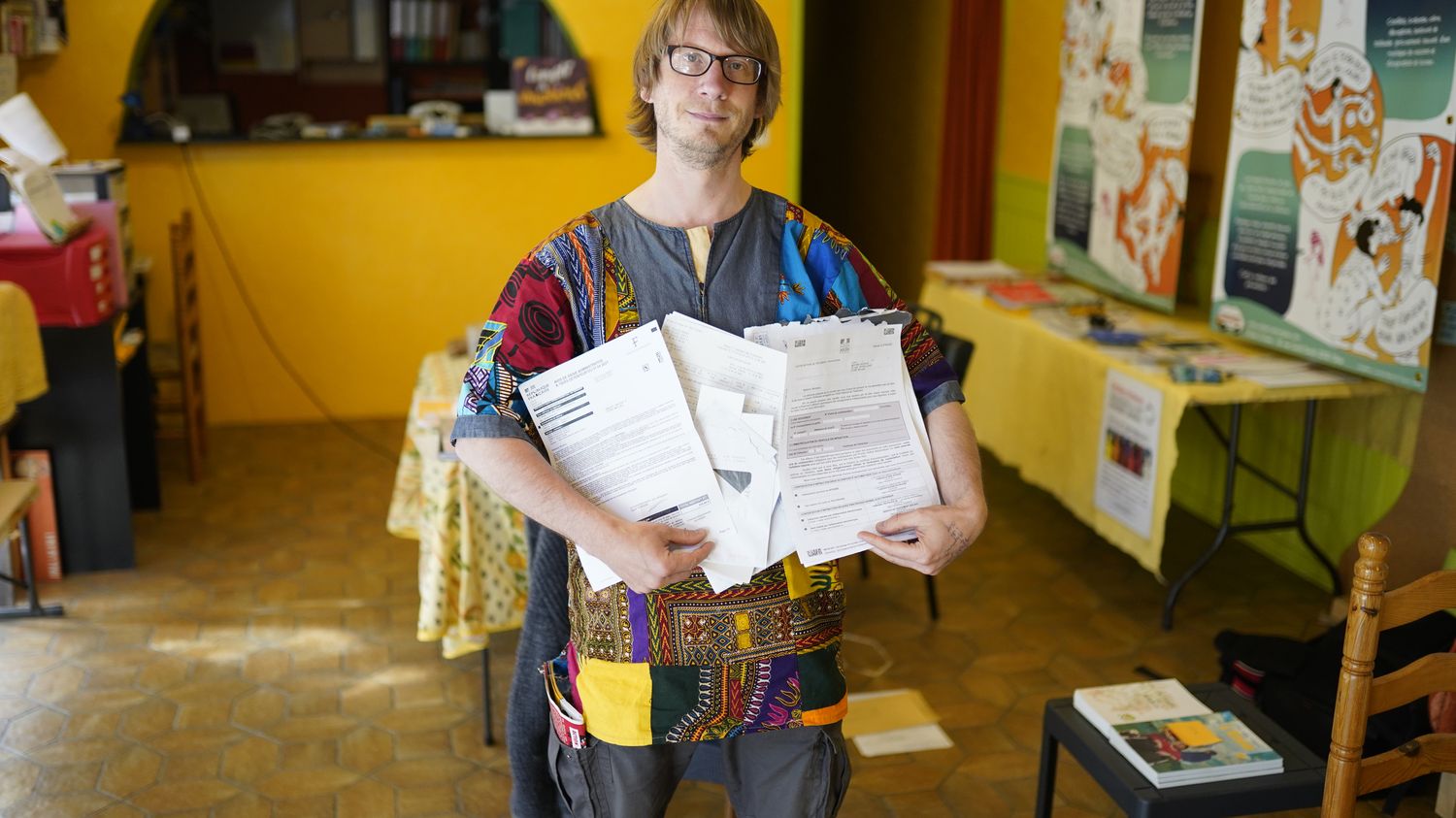 
On May 12, 2020, France has barely emerged from the first confinement and dozens of demonstrators belonging to various movements meet in the early evening on the Place du Mandarous, in Millau (Aveyron), to boo the government and its management of the Covid-19 epidemic. The rally takes place in a good mood, without clashes, no questioning or police control.

However, a few weeks later, about fifty of them received a letter with a pistachio-green letterhead: a “contactless plum”, ironically some, amounting to 135 euros for non-compliance with health instructions. At this time, it is forbidden to meet with more than ten people on the public highway.

Basically, this verbalization surprises and worries; on the form, it also intrigues the demonstrators who quickly realized that video surveillance cameras – there are more than forty in Millau – had served to verbalize them.

Sitting on a bench in the park adjacent to the town hall of Millau, Benoît Sanchez-Mateo remembers the demonstration of May 12, 2020. A sunny end of the day, a concert of casseroles organized by the “Millau convergence”, this heterogeneous group of activists “trade unionists, united, mixing CGT and yellow vests”, he explains. “After 8 p.m., we left for a demonstration, which we had not considered useful to declare“, recalls the light manager, who has lived in Millau for ten years.

First gathered in groups of ten people “to avoid problems”, the demonstrators then struggle to maintain social distancing, especially in the narrower streets of the old town. However, many of them wear a mask, even though it was not yet compulsory. On their way, they pass a police vehicle and several officers, who let them parade without asking any questions. Hence the misunderstanding when the first fines arrive in mailboxes.

“Nobody came to see us directly to tell us that we were in violation. We could have discussed it, see what we could do for our action.”

Some receive other fines for a second demonstration organized on May 22, 2020 in Millau, with an amount sometimes increased because of “recidivism”.

After the surprise, the verbalized demonstrators try to organize. “We had to meet in the woods, he recalls with a distraught smile. It was the only way to be many outdoors.” Quickly, suspicion fell on the cameras of the city. “All the fines mention the same time, 8:07 p.m., notes Benoît Sanchez-Mateo. We realize that they have done everything from a distance. ”

Acknowledging having seized video surveillance tapes, the Aveyron prefecture assures us in a press release that these recordings were only used “confirm the identifications made on site” by plainclothes officers. The process is legal and permitted by an agreement signed between the police and the city of Millau, which operates these cameras. The two-step identification is also mentioned in the minutes of May 12, 2020, which franceinfo was able to consult.

However, one detail calls out for the defense of the “May amendments”, as the demonstrators call themselves. “There is at least one person who is not formally identified by the police, who is not listed in the report, but who nevertheless received a fine”, reveals Julien Brel, one of the three Toulouse lawyers representing the verbalized demonstrators. “Necessarily, we think it was the video surveillance that was used to go and amend at least this person”, concludes the lawyer.

Asked about this case, the Departmental Directorate of Public Security of Aveyron insisted on the field work carried out by the police officers. “In Millau, we have a special population (…) All the people fined have been known to the police for years “, justifies Commander Lilian Kinach. As for the use of cameras, “it is a device that works well”, he assures, and which has already made it possible to solve “many court cases”.

“That the police use video surveillance has been taken for years, Julien Brel reacts. But what is debated here is whether the police can use the cameras of a city to come and issue tickets against people who have exercised their fundamental freedoms. ” In this case, Julien Brel also denounces a “registration” of the verbalized demonstrators, whose activist activity and local political commitment appear in the minutes of May 12, 2020. Mentions recognized as “inconvenient” by the prefecture.

Since its media coverage, the affair of the “Millau amendments” deeply worries human rights associations, such as Amnesty International. The NGO denounces the extensive use of surveillance cameras: “We know that being filmed during demonstrations can have a chilling effect on the right to demonstrate”, alert Anne-Sophie Simpere, advocacy officer for the organization.

“There are people who may not want to go and demonstrate because they fear, rightly or not, that they will be on file.”

For her, the use of video surveillance and the fines drawn up in Millau are the sign of a “repressive logic”. “The state approaches the demonstration as if it were a mess that must be contained, she believes. While the state should also approach it as a place where citizens express rights. The State is the guarantor of the protection and the facilitation of the exercise of this right. “

Summoned for the first time on May 4 before the Rodez court, which declared itself incompetent to rule on the case, the “Millau amendments” should face the Millau police court “at the start of the 2021 school year”, announces the prefecture. The opportunity for their lawyers to assert the decision of the Council of State of June 13, 2020 which lifted the ban on gathering more than ten people in the event of a demonstration. But also to point out many irregularities in the sending of fines.

“The tickets were sent sometimes to the employer, sometimes to an old address of the person concerned who had done what was necessary to ensure his change of address, or even to a bar”, Julien Brel is surprised. Some demonstrators claim to have never received their fine, but have suffered an increase and then seizure of their bank account almost a year after the fact.

“I was charged 825 euros, without any information on the reason for this seizure”, deplores Camille Valabrègue, who had demonstrated on May 12, 2020. The 34-year-old trainer claims to be the victim of a “injustice” and has great difficulty in contesting this seizure. In its latest response, the National Fines Processing Center asked it to fill in … the license plate of the ticketed vehicle.

Like other demonstrators fined, Camille Valabrègue says he wants “keep morale” and hopes to obtain reimbursement for his seizure. But whether or not they are finally relieved of their fine, the “Millau amendments” have warned that they would take legal action, including European ones, to obtain stricter supervision of video surveillance in France.