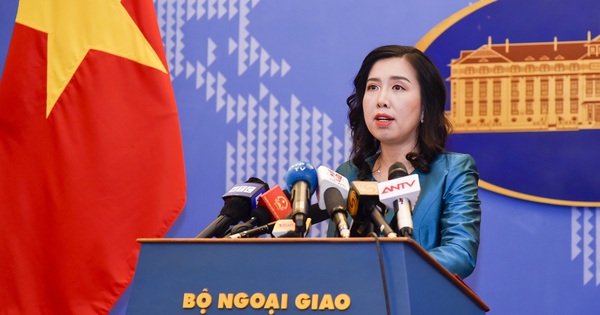 The above agreement has reaffirmed that Vietnam’s exchange rate policy is within the framework of the common monetary policy, consistent with the reality of the foreign currency market in Vietnam and Vietnam’s international commitments in this regard. The overarching goal is macroeconomic stability and not to create an unfair competitive advantage in international trade.

This is the result of an effective dialogue and consultation process in the spirit of cooperation and mutual respect between the relevant agencies of the two countries. This result also opens up opportunities for closer cooperation between Vietnam and the US in the financial and monetary fields to promote economic growth after the Covid-19 pandemic.

In the coming time, Vietnam will continue to maintain a constructive dialogue with the US side to handle issues in economic, trade and investment relations between the two countries, contributing to bringing bilateral economic relations to a new level. increasingly stable and sustainable development, for the benefit of the people and businesses of the two countries,” said Mrs.

Information from the State Bank of Vietnam said that in the Report on macroeconomic and foreign exchange policies of major trading partners of the US for the period of April 2021, the US Department of Finance assessed that there was not enough evidence. to identify Vietnam as a currency manipulator. After that, the US Department of Finance and the State Bank of Vietnam, in the spirit of goodwill, cooperation and mutual respect, continued to exchange and work at both high and technical levels on monetary policy. exchange rate and foreign currency market situation of Vietnam. 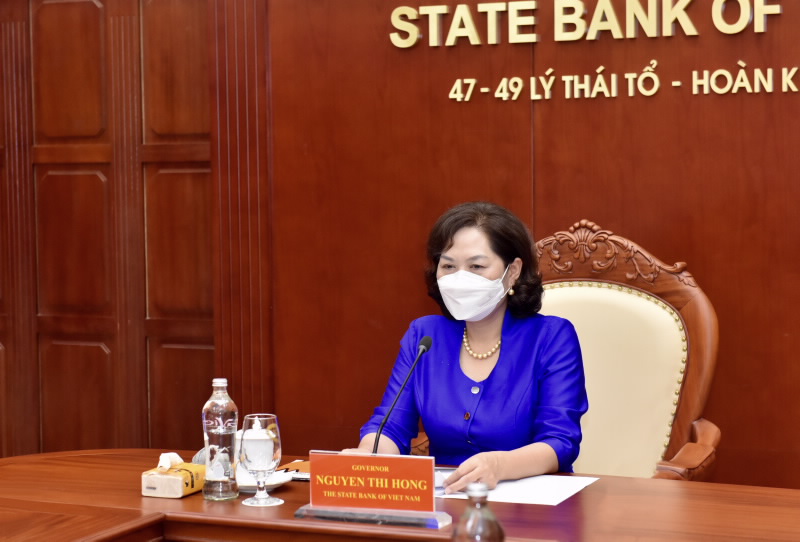 During the working process, the State Bank of Vietnam affirmed that Vietnam’s exchange rate policy, within the framework of the general monetary policy, aims at the cross-cutting goal of stabilizing the macro-economy, controlling inflation, not create unfair commercial competitive advantages in international trade. In the coming time, along with the process of modernizing the monetary policy framework, the State Bank is committed to continue to operate the exchange rate proactively, flexibly, in line with the development level of the foreign currency market and economic factors, ensuring the stable and smooth operation of the foreign currency market, contributing to stabilizing the macro-economy, thereby alleviating concerns of the US Treasury. 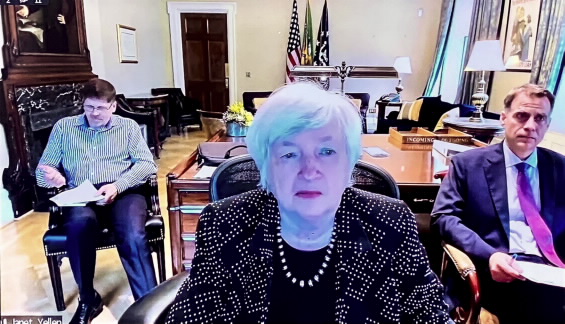 US Treasury Secretary Janet Yellen at the online working session

The above views of the State Bank have been shared and agreed upon by the US Department of Finance. At the bilateral online meeting on July 19, Governor Nguyen Thi Hong and US Secretary of the Treasury Janet Yellen highly appreciated the constructive working coordination of the two sides and pledged to maintain the relationship. working closely and in good faith to find solutions to common challenges such as supporting a strong and comprehensive recovery after the Covid-19 pandemic.​​​​​​​​​​​​​​​​​​​​​​​​​​​​​​​​​​​​​​​​​​​​​​​​​​​​​​​​​​​