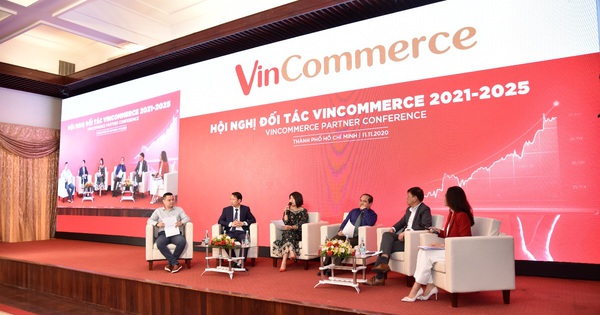 VinCommerce is a modern retail platform with a large coverage in Vietnam with 122 VinMart supermarkets and 2,524 VinMart + mini supermarkets (as of the end of September 2020) in 58 provinces, and owns a system of 14 agricultural products. VinEco high-tech agricultural export provides products of international standards. VinCommerce has continuously achieved great domestic and international awards, being the Green Asia Retailer 2019; Asian Responsible Enterprise 2019 …

2020: Towards breakeven goal – A strong premise for a new roadmap

With the merger of VinCommerce, Masan officially returned to the retail sector after nearly 20 years. Masan’s goal is to have 30,000 retail stores by 2025, of which the group operates 10,000 stores and 20,000 points of sale operating under franchising. According to business leaders, the company will support the operating model, products, and technology, while franchisors are responsible for the premises, finance, and personnel. Franchising activities will help this group accelerate the increase in the size and coverage of the retail system, expected to be deployed in early 2021.

Accordingly, the trump card VinMart / VinMart + will not stop at the retail sale of necessities. Masan Group CEO Danny Le said that we aim to build an integrated model that can serve the financial needs, telecommunications and beyond the connection and entertainment of customers.

Up to now, in accordance with the roadmap announced at the recent 2020 General Meeting of Shareholders, the relatively complete picture of the system has gradually emerged: At the recent VinCommerce 2020 Partner Conference, Mr. Truong Cong Thang, General Director of VinCommerce Company announced the strategic direction for the period 2021–2025. 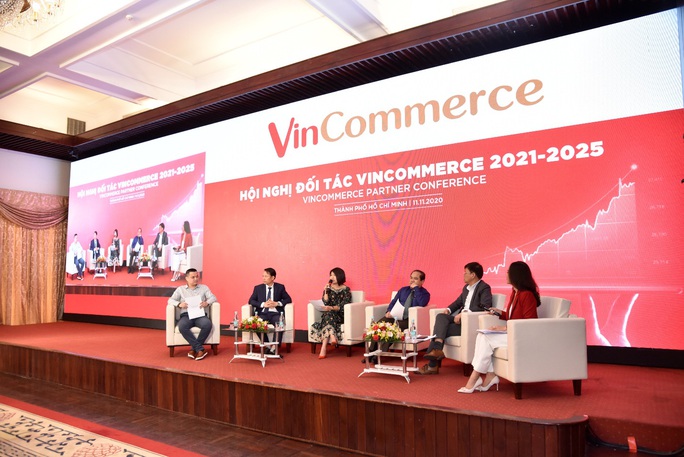 At the partner conference in 2020, VinCommerce announced the strategic direction for the period 2021–2025.

Specifically, the strategic direction for the 2021–2025 period includes: (1) The system will own more than 300 VinMart supermarkets, nearly 10,000 VinMart + stores, pioneering coverage in all 63 provinces to really be the first choice. for partners to work together to serve millions of Vietnamese customers and to grow outstanding sales; (2) VinCommerce specially planned the top 100 strategic partners that will accompany to lead the Vietnamese retail market and a series of privileges exclusive to this group of strategic partners – This again affirmed close cooperation relationship towards the goal of improving the material and spiritual life of nearly 100 million Vietnamese consumers; (3) VinCommerce and partners join hands to increase investment, product innovation and brand development, build a Win – Win cooperation model, and create equality among distributors in the retail market. Vietnam.

According to the roadmap mentioned at the Annual General Meeting of Shareholders 2020, the change of the brand name VinMart to WinMart may take place in the fourth quarter, in order to confirm the principle of Win-Win cooperation between VinCommerce and suppliers, together bring the best benefits to Vietnamese consumers.