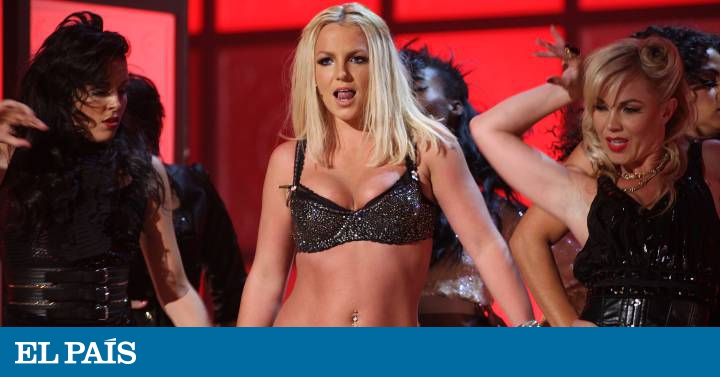 
Ladies, how many times have you heard the “how do you show that you have your period?” That is one. Just one. One that is released to the minimum, as soon as you stand in front of any man and refuse to let him speak badly to you. Or you tell him to stop interrupting you when you speak because you don’t finish a sentence. Or when you refuse to put up with one of the macho jokes that, on the other hand, he lets you loose as soon as you have two beers, almost always accompanied by a laugh. I do not describe great conflicts. I show the day to day of any of us by the simple fact of being a woman. We are objectified, ridiculed, ignored and even subjected to, for something that comes from our education. As always, it has been said that women are different from men and that, I don’t know why, implies that we are sucked and belittled.

One in ten women suffers from dysmenorrhea, which consists, so that we can understand each other, in that your whole body hurts as if you were hit, that you cannot move from the spasms and that you bleed because no compress or tampon retains what you expel. Any of these symptoms, if not all, are those that women who suffer from this disorder present. Ladies who have to listen to all kinds of reproaches and who, of course, are not exempt from going to work. Ladies who assume that if this disease were caused by any prostate problem, not even a doctor would question the suffering of the man who bleeds for three days a month and, by now, we would have found a drug to combat it. But it is “a woman thing”. Another one of the many.

Japan, one of the most macho countries that exists, grants three days off to Japanese women who suffer painful periods. In his case, it’s more a matter of purity. If you ask a Japanese person why they are given these days off, most will not even know they are given them and, when they explain that they exist, they will assume that this is possible “when the degree of impurity becomes acute.” And it is not an exaggeration. The permission has been granted in Japanese law since 1947, but most Japanese women suffer from their dysmenorrhea in silence because it stigmatizes them. For now, they consider that the menstruating woman contaminates food. From here, whatever you want. The The variety of contempt for us is wide.

The older I am, the more I realize what the strategy is. That we do not want what we want. That we do not want to be who we strive for. Those of Gleeden, you know, those who get together to tell each other how they cheat on their husbands, have done a study on the desire of Spanish women: ladies in their fifties and sixties have more desire than thirty-somethings. Heads exploding in three, two, one … Sex with a fifty-year-old? And that happens, according to the study and the opinion of the clinical psychologist specializing in sexology, Laia Cadens because “it is the stage in which they are consolidated professionally, they are mothers and they have many responsibilities, which makes priorities repositioned ”. That is to say, ladies, after having a hard time with all that bunch of unpresentable people, we have already put the batteries together and we know what we want. That the study certifies that we found it, consoles me. None of them like to see their face fall, but every time I meet more wonderful ladies my age who have lovers and boyfriends fifteen years younger than them, who attend, marveling at what a woman with clear ideas means. There must be a reason.

I come to this reflection on the eve of March 8 in which, if I lived in Madrid, I would not be able to demonstrate because the bacteria of women are more deadly than that of far-right men who launch proclamations against the Jews. The Government delegate in Madrid, José Manuel Franco, wants safeguard to the citizenship and that is why it prohibits Madrilenian women from demonstrating. Raphael’s concerts indoors are not dangerous either. The dangerous ones, always, are us. We need them to protect us. Let them tell us how to do it. And then I meet a ‘legal-pop’ thread as the Olympe lawyers called it, and I understand a lot. Not only have they been overcharging me for years for razors that are simply dyed pink, but because I am a woman, it seems, I have to eat them folded. And no. Britney Spears has been fighting for years not to be treated as crazy. He has already lost custody of his two children and control over his finances (sixty million euros). But it is that, poor thing, it cannot alone. Her father would be willing to stop controlling the life of his daughter who, remember, is the one that supplies him with money. Now, the guardianship is shared with a finance company. The singer fights by all means to make her father stop being the one who runs her life. #FreeBritney It is not just a label to show our support for the singer. It is a shout that you let us live in peace. And that, even without manifesting ourselves, we will not stop shouting it.