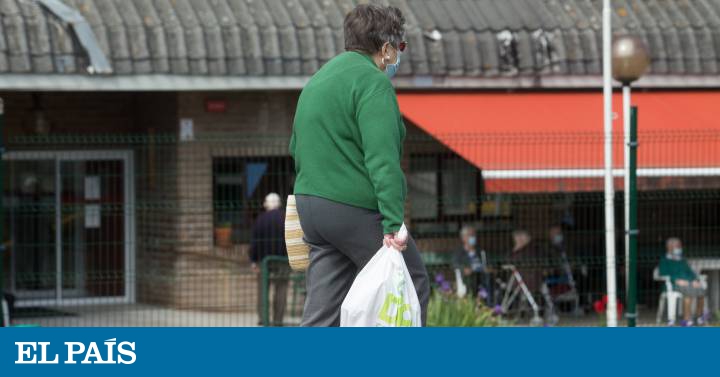 Receiving an inheritance is not always mana. If this were the case, resignations would not grow year after year as has happened since, in 2007, these data began to be collected. It is true that last year there were fewer waivers of inheritances than the previous one, but experts warn that this is not a significant fact, since the restrictions on mobility due to the pandemic limited many activities, among them, the of the notaries. In any case, if the reasons for rejecting the legacies are, fundamentally, the debts that can be imposed on them as well as the taxes, it is legitimate to ask whether it is necessary to draw up a will and how to do it in the best way.

Going from 47,421 units in 2019 to 44,563 last year, waivers of inheritances have fallen by 6.1%, according to data from the General Council of Notaries. “This data cannot be valued,” says Carmen González, a lawyer at the Madrid law firm Círculo Legal. “It will undoubtedly be more relevant this year, since the period of between six and 12 months, which is usually the usual for the processing of inheritances, must be added the extensions granted by the state of alarm,” he adds.

In fact, the health emergency also reduced acceptances (11.4%) and wills (4%). This does not surprise Abel Marín, lawyer at the Marín & Mateo law firm, since 2020 has been “a year in which notarial activity has also been significantly reduced due to restrictions,” he stresses. To explain these data, to this unprecedented situation Marín adds the habitual inaction of some heirs and the fact that many choose to carry out the inheritance in a private document, without going to the notary, as it is not a requirement, unless the ownership needs to be changed. of real estate in the Property Registry.

The first reason that leads to a resignation is debt as a result of a parent-child guarantee, according to this attorney. In the common case of a couple that does not have enough income to request a mortgage, the bank usually suggests that if the parents of its members endorse them in solidarity, they will agree to grant it. But “it is not uncommon for one or both to lose their job or have a child and their tight economy complicates the payment of the loan installment or, much more common, for the couple to break up and neither one nor the other will face the loan. which produces the demand for foreclosure against everyone: children, parents and in-laws ”, explains Marín.

In this case, if one of the guarantors dies, the rest of the children -that is, the other heirs- will be transferred both the assets of the first as well as the debt that they endorsed and that could be pending, which can in many cases exceed the value of one’s inheritance.

The experts consulted agree that the other cause of resignation, the tax burden imposed on inheritances, has a lower weight, especially because “the autonomous communities have ceded the competence for the establishment of reductions and bonuses in the Inheritance Tax and Donations and some of them have promoted their practical elimination ”, highlights another lawyer, Emma S. Corretger, partner and economist at CIM Tax & Legal.

Thus, in Cantabria a 100% discount is applied, in Madrid, Extremadura and Andalusia, 99%, and in Murcia, a deduction of 99%. “Other regions have opted for bonuses that decrease the more one receives in inheritance, such as Castilla-La Mancha, the Canary Islands or Catalonia,” Corretger emphasizes. Others apply significant reductions in certain cases.

The result of this gibberish is the existence of very different situations. “A son who inherits from his mother assets worth 500,000 euros among various properties and money in banks will be taxed between 0 euros or something symbolic in Madrid or Galicia, for example, but 40,880.94 euros in the Valencian Community, despite the 50% bonus. The same patrimony inherited by a brother or nephew of the deceased would give rise to a tax of 173,377.77 euros, with small variations between autonomous communities. And if his girlfriend or boyfriend inherits it, 223,594 euros ”, calculates Marín.

Be that as it may, professionals have registered a renewed interest in estate planning. The inquiries that come to González are the most varied. A frequent concern, among many others, is whether only the deceased’s estate can be used to extinguish the debts that he left, to which this lawyer answers affirmatively, as long as there is time to accept the inheritance for the benefit of inventory , that is, without the heir having to answer for them with his personal assets. And the patrimony of the conjugal partnership cannot be affected even if one of the spouses has accepted the inheritance without doing so for the benefit of inventory, if the other has not given their consent.

For all these reasons, writing a will – its cost depends on its complexity and ranges around 70 euros in the simplest cases, according to Corretger – can be of great help to the heirs. To prepare it correctly it will be necessary to follow the rules established by law. “Of the three thirds into which the inheritance is divided, the so-called legitimate third is always distributed in the same proportion among all the forced heirs, but the improvement third, which also has to go to the legitimate heirs, can be distributed in the The same proportion between all of them or only between the one or those forced heirs who may need more economic protection or want to benefit ”, indicates González.

On the contrary, “the last third, the one freely available, can go to any person, entity or institution, whether or not heir, for example to the spouse, who by law would only be entitled to the usufruct of the third of improvement despite the fact that he may be the person who has contributed the most, in many different ways and throughout our life together, to the formation of the deceased’s patrimony ”, González emphasizes.

It is also possible to leave the usufruct of the assets to the spouse while they are alive, so that the heirs do not acquire full ownership, but only the bare property, without being able to dispose of them while the usufructuary lives. Provide the possibility of replacing the heir, in the event that he dies before the person who signs the will, or does not want to or cannot accept the inheritance, is also possible, as well as empowering the spouse to carry out in favor of common children improvements and awards of specific assets.

“Other provisions that can also be made in a will are the appointment of an executor (someone who fulfills the will of the testator), granting bequests (that is, leaving specific assets to specific people), and appointing people who can be guardians of their children in the event of death or the administrator of their assets that they may inherit, ”says González.

On the contrary, this lawyer emphasizes that it is not possible to disinherit, except in the cases provided by law. “Nor can the prohibition of not having assets acquired by inheritance be extended if this affects the legitimate of the heir; and conditions that are impossible or contrary to the laws or good customs cannot be established, as well as prohibiting judicial intervention if it also harms the legitimate one, ”he stresses.

Likewise, remember that, “just as we periodically assess our financial situation, we must at least mentally review if what we have arranged we want to continue to keep in force when we fail or if the circumstances, ours or our heirs, have changed and it is advisable to modify testamentary provisions. Because legally the will can be modified as many times as necessary and the only one that is going to take effect is the last one that has been granted ”.