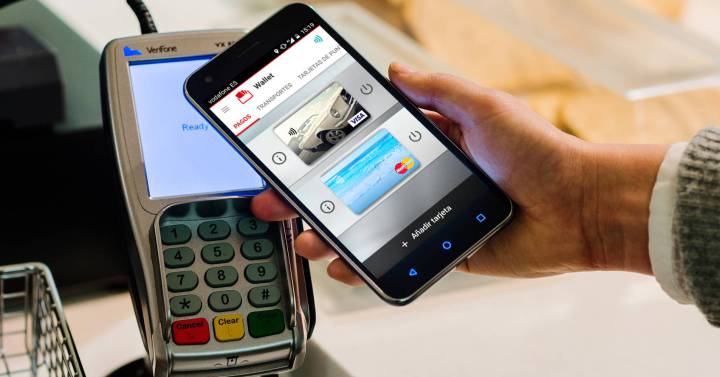 “It is true that a robot does not get infected.” These few words could well summarize the optimism generated by technological development when evaluating its role in the fight against the new coronavirus pandemic. Leaving aside for a moment any other social consideration, such as the impact that new technologies have on employment, its author and spokesperson for The Valley business school, Juan Luis Moreno, says he is convinced that the arrival of the covid it has given a powerful push to new technologies. An example of this is robotics, whose use for care, information or cleaning tasks brings new impetus to the health emergency. Or the autonomous transport of passengers or for deliveries and, among many others, the big data and the blockchain to ensure the continuity of the supply chain. But, are there also technologies that, no matter how boom they had experienced before the outbreak of the health crisis, are now in question because their misuse would marry prevention measures?

If at the end of the last century the adoption of the microchip was the first important change in the evolution of the credit card – previously, to recognize it and be able to operate with it, the magnetic strip was used -, the arrival of radio frequency identification, in The past decade has meant forgetting about having to introduce this payment method to the reader. With zooming the card call contactless to the POS is enough. Given the capillary diffusion of the smartphone, the next step, that is, to transform the mobile into a bank card and do without plastic, it seemed entirely logical.

So it was. At least until activating facial recognition on the mobile to later hold it a few inches from the reader and pay for the purchase in this way became a threat to public health. “As the mask must be removed for the device to perform facial recognition, the risk of transmission of SARS-CoV-2 by airborne transmission (droplets and aerosols) is high and important in closed spaces and, if the distance cannot be maintained security of at least two meters, also in open spaces ”, explains Jesús Sanz Sanz, head of the Infectious Diseases section of the Madrid University Hospital of La Princesa. The recommendation of this doctor is without palliative: “Among other places, you should not use mobile payment in stores, supermarkets and hotels”, ditch.

Sharing is already a bad idea

The fact that this method of payment contactless It is affected just when the new rules derived from the pandemic impose avoiding physical contact, it is still paradoxical. Facial recognition for contactless payments – which, for Sanz, “is condemned to disappear” – “has been greatly affected by the obligation to use the mask outside the home,” admits Moreno. However, more than the technology itself – in this case, the so-called biometric recognition – Moreno believes that what may change as a result of the pandemic is its use. If for health reasons it cannot be through the face, the recognition will be done with other parts of the body, such as “the veins of the wrist”, in his words. “But biometrics has come to stay,” he says.

In this sense, this expert mentions a Google project to allow payment with authentication through voice. “Until now, when making a purchase, the Google assistant, which already has the payment method and the delivery address in the system, activated the security option on the smart device to verify the user before paying, which implies receive a prompt on the phone and authorize it by unlocking your fingerprint or face.

Now, Voice Match, Google’s system for recognizing multiple users on a device and providing personalized responses, can also be used to authorize payments, ”according to The Valley Post-Pandemic Society report.

For Moreno, what is really being questioned is the shared use of some technologies. An example of this are the touch screens that thousands and thousands of users use daily when purchasing their transport ticket or withdrawing money from a bank ATM, among other applications. “Many studies have shown that SARS-CoV-2 can remain active on surfaces for several days, so there is a risk of transmission if proper hand washing is not done after using shared touch screens,” said Sanz, who warns: “The risk is lower than by air, but it is still important.” This doctor believes that the best preventive measure to avoid or reduce it is to disinfect the hands with hydroalcoholic gel, before and immediately after using the touch screen.

“Ideally, the establishments where these screens are located should provide the disinfectant gel, if not, use their own,” says Sanz, noting that cleaning between customer and customer with wipes is “less useful.” Nor does it recommend wearing gloves: “We should put them on just before using the screen and take them off immediately afterward,” he reasons.

“Until the pandemic lasts, the shared touch screen is in disuse”, Moreno sentence, but the rest of these devices continue to be used, since “they are integrated into the environment in which we operate, that is, computers, tablets and smartphone “. In the same way, businesses linked to apps like Airbnb and Uber, platforms that were very successful before the pandemic and in which the focus is, once again, on sharing.

The reservation of accommodation through the first “is hampered by the pandemic”, according to Sanz, since “there is a risk of transmission for those who hire and for those who rent, both by air (aerosols can remain in the air a long time if ventilation is not adequate) such as through surfaces and objects, if they have not been properly cleaned ”. Likewise, the rental of transport vehicles with or without a driver through the second and similar vehicles, “carries the risk of transmission by air and through surfaces if the recommended safety measures are not followed,” says Sanz.

However, if these are followed, “the risk, in itself important, is greatly minimized.” The measures suggested by Sanz in the case of the rental of accommodation are “to have only basic objects that are cleaned without problem, provide masks and disinfectant gels to customers and space the rental at least one day between different users to perform cleaning and a adequate ventilation ”. In the case of car rental with driver, “periodic cleaning of the vehicle, use of a mask (driver and customer), one passenger per vehicle and that the vehicle always takes the back seat, that both wash their hands properly before and after each travel, provide disinfectant gel and mask in the car and have the windows lowered during the journey to promote ventilation ”.

For Sanz, contrary to what the authorities have assured so far, “in summer the group immunity will not have been achieved and, at the earliest, at least until the end of 2021 the pandemic will not be controlled and we will not achieve the immunity generated by mass vaccination of the population, as long as emerging variants of SARS-CoV-2 do not appear that require the development of new vaccines and revaccination with them ”. In this scenario, the limits in the use of those technologies that can hinder the prevention of infection are destined to last.