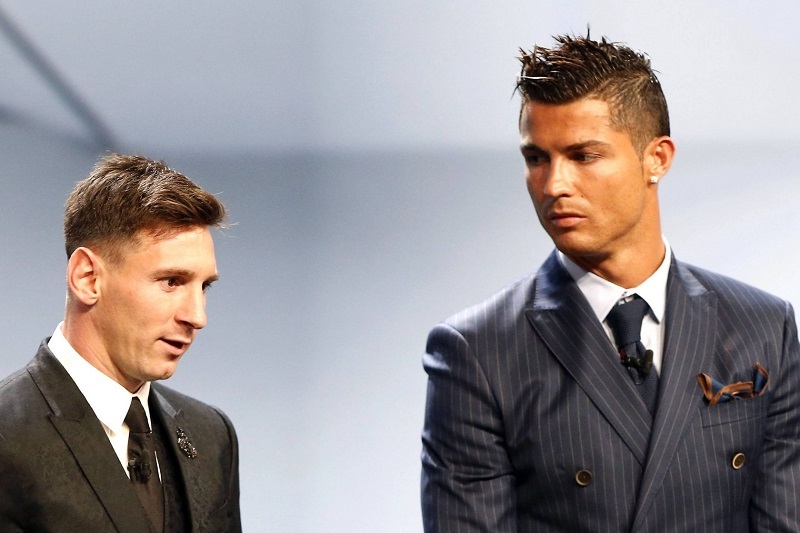 President Joan Laporta came up with a ‘crazy’ idea, looking for a way to bring Ronaldo to the Nou Camp to play football with Messi!

Source Diario AS announced, the head of Barca is planning to shock with Cristiano Ronaldo of Juventus. He wants to bring Messi’s ‘rival’ for many years to play with… Messi!

Ronaldo paired with Messi is the ‘unreal’ dream of millions of football fans. And now, the President of Barca intends to make the impossible possible!

It is believed that Barca’s current financial difficulties lead to… a crazy idea from the head of the Catalan team.

In spite of Messi has not renewed his contract, with only 8 days left to go, but Barca have faith, their great legend will stay, where he himself belongs. Besides, Barca is looking to approach Ronaldo from Juventus for revenue goals – which can save them from difficulties.

Barca’s revenue will certainly increase sharply if they have both the two best superstars in the world, many years as worthy opponents of each other, in the same squad. At that time, they can also solve the salary problem for Ronaldo.

According to the above source, President Laporta intends to bet two Barca players including Griezmann, Coutinho or Sergi Roberto, as part of a plan to negotiate Juventus to sign Ronaldo, who is entering the final year of his contract.

Everyone knows that the prospect of seeing Ronaldo playing with Messi is ‘crazy’, unlikely, but it’s still like magic, attracting everyone’s attention. Can President Laporta do it?