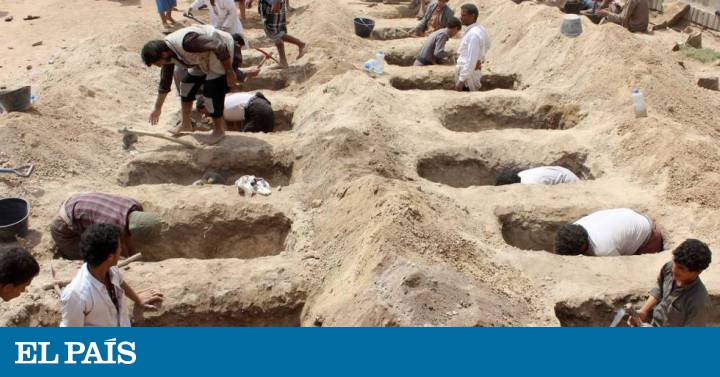 In March 2015, Saudi Arabia decided to restore President Abdrabbo Mansur Hadi to the government of Sana’a, from which the Houthi rebels had ousted him a few months earlier. Since then, the ravages of bombing by the Saudis and their allies have become the poster child for the Yemen war. But that military intervention, encouraged by the conviction that Iran was behind the Huthi advance, is only the latest of the conflicts that is superimposed on the battered map of the poorest country in the Arab world.

By then, the scars of recent history had begun to explode violently to the point that there was not one civil war but several. Long ago, the mythical Yemen of the Queen of Sheba, of the conquerors who brought the ditches to the Iberian Peninsula, of the first skyscrapers in history and the café of Moca, had already been buried by the religious obscurantism of the imams, the tribal struggles and pernicious dependence on the qat.

The Huthi, a mixture of political party and militia thus known to the tribe of its main leaders, but whose real name is Ansarullah, had seized the government in September 2014 and advanced to Aden, the great port of the south. The group, initially emerged in defense of the Zaydi minority (the branch of Shiite Islam closest to the Sunnis) would never have been able to leave its Saada fiefdom if it had not had the support of a part of the population (fed up with corrupt leaders) and, above all, former President Ali Abdulá Saleh, who never accepted the transfer of power to Hadi imposed by the international community and who continued to have the loyalty of a large part of the Army.

The entry of Riyadh and its allies in support of Hadi aggravated the confrontation, but above all it opened poorly closed wounds. On the one hand, the situation of chaos initially suspended the operations against Al Qaeda that the United States maintained with the Yemeni Army. The local branch of that group, and even affiliated with the Islamic State (ISIS), took the opportunity to expand their splint beyond the mountainous areas of Sabwa and Abyan, to Mareb, Lahej (at the gates of Aden) and even the port of Mukalla.

On the other, the weapons and training that the United Arab Emirates (UAE) has provided to the militias in the south of the country to combat both the Huthi and the advance of Al Qaeda, has given wings to the Hirak, the independence movement that did not end fit the unification of North and South Yemen in 1990. Hence, many of these groups fight more for territorial control of their regions than to see Hadi in the presidential palace in Sana’a and that the war for regional influence between Saudi Arabia and Iran is just one of many that are fought at the same time on the spoils of Yemen.