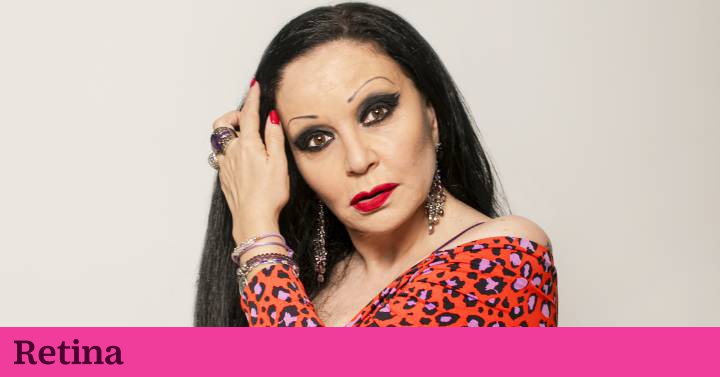 
At the theater with The last tour; on television taking over from Concha Velasco as presenter of Neighborhood Cinema. Singer, actress, socialite … The multifaceted Olvido Gara, Alaska (Mexico City, 1963) lacks time (“even the Thermomix has died of starvation during confinement, it only works when we are on a diet”), and more to get entangled on social media.

“I opened Instagram, which is the only application I have on my mobile, because I got fed up with people knowing where I was from the photos that others uploaded of me. But I haven’t been browsing other profiles for a long time. I already do too many things in my life to worry about whether my friend Pepe eats salad or is on vacation. I don’t care what you do with your life. And that’s the basis of Instagram, so I’m very disloyal. ” We don’t even talk about TikTok. “I hardly go up storiesSo the idea of ​​making a funny video … what do you want me to tell you, I’m not a comic ”.

In his long musical career, he points out the computer as the “most brutal” technological advance. “We have never been oblivious to the influence of technology. In 1981 we took the step of removing the drums and putting in a drum machine. Then the Amiga appeared, the Atari, which stuck to us in the middle of the concerts, and the Mac in 1988. From then on we began to work in a very different way, because you could have everything on your computer ”.

Another change was brought by music a la carte. “MTV stopped broadcasting video clips to offer reality like the one I do with Mario [Vaquerizo, su marido]. YouTube gained space, you have a choice when you want, but it also means that you only look for what interests you or catch some bounce. Before, musical programming on radio or television forced you to see singers that you may not even know existed ”.

Personally, the computer also became essential. “I consider that my first gadget it was a typewriter. At the age of 12 I signed up for typing, I liked creating all kinds of carbon copy lists. I stopped writing by hand very soon. Then I had the electric typewriter, a symbolic gift that Tierno Galván gave me for giving the proclamation in Madrid. The move to the computer was not unusual because it was practically the same support. Now I use the computer more than the mobile ”, he says.

As a fan of science fiction, he admits to having fantasized about the technology of the future. “Those of my generation believed that by 2020 we would teleport like in Star Trek; that we would live on different planets, to conquer space; that there would no longer be this shabby house and cars that we have, these planes that look like post-war bus lines. We thought that everything would go much faster, than the drawings of The Jetsons they would come true, but I don’t think even our grandchildren will see it. “

Fictions like Black mirror They are “disturbing” because “it is not a dystopia, it may be possible that a person accesses your memories or that a device at home controls you.” Even so the singer of Fangoria would not prohibit anything. “Even though you lose your privacy by accepting cookies or consenting to be insulted, with a type of aggression that would be considered a crime in another context, I could not live without the Internet. When I was little I hated posture anti-television of the intellectuals. The silly box, they said. The problem is not the support but the use you make of that support ”.