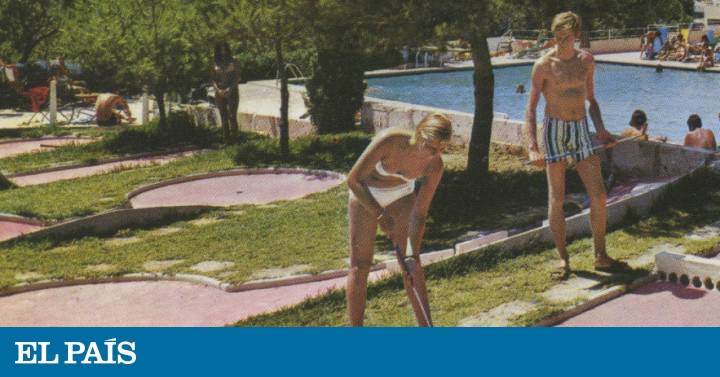 
Confinement and larvae leisure have turned out to be the end of the world of mass tourism and the butterfly of cities and the natural landscape. The acceleration caused by the pandemic is a brilliant achievement because it has been carried out without a time machine, but at the same time it forces us to unravel the tangles of emotional threads with the world: the meaning of our actions in the environment, fear, self-pity, solidarity. Nothing will be like anything anymore and we won’t have to wait for the next generations to travel futuristically. Elon Musk, the leader of Tesla, announces that in a short term his company SpaceX will offer flights from end to end of the planet in 30 minutes at the price of a plane ticket, and high-end trips around the Earth and to future colonies in Mars. It is not a hall mirage. Covid-19 is more dangerous than the Amity Island shark in Spielberg’s movie. Nobody thinks of today planning a vacation on the coast or experiencing the nightmare of a family cruise: if it was already a disaster movie, now it seems too realistic.

We are virtual tourists, we interact through little noises and sounds of takeoffs, TikTok, Zoom, and visits to the art galleries were already beginning to be anything but real. We entered the pyramids of Egypt armed with an AR (augmented reality) viewer to save ourselves the wrath of Tutankhamun, we even adapted the visit to our whim as Canaletto, an instagramer, did avant the caméra that modified the Venetian reality to adapt it to the whims of the British nobles and bourgeoisie, who acquired their vedute, old and expensive equivalent of postcards, like souvenir of the grand tour across the continent.

We can even get a passport from an imaginary country, in Catalonia, precisely, without the police measuring our ribs. Days ago, the consulate of Syldavia was inaugurated in Barcelona, ​​the country that the cartoonist Hergé drew for Tintin and Snowy and where he placed the shuttle of the first rocket to the Moon (Target: The Moon) many years before him Apollo 11. The honorary consul Enric Reverté (there are many more, in Canada, Belgium and France) received dozens of tintinóphiles in his premises in the Poblenou neighborhood to deliver them the sealed passes, there were even some who requested political asylum. Hergé had invented his little country – which he located in the Balkan geography – in the years before World War II – it appears for the first time in Ottokar’s scepter (1939) and there is talk of another, Borduria, Syldavia’s dictatorial enemy -, which allowed him to fantasize about an idyllic paradise free from Hitler’s threat, with its own history (eight centuries), language and customs. It even introduced some tourist brochures sponsored by the Syldair airline with photographs of orientalist aesthetics that Tintin uses to entertain his journey by train to the Kingdom of the Black Pelican. If tourism started as a great invention, now it is a total ruin from which only North Korea, another imaginary country, is saved. Homeopathy, so denigrated by official science, has achieved its best publicity effect, a pandemic as a remedy for another pandemic.

In the last two decades, artists and curators have addressed the ugliness of humanity ridiculously crammed on the beaches and in the suburbs (Martin Parr), analyzed tourism as an extractive industry, woodworm for museums (the Guggenheim effect), markets (La Boquería, converted into a macrotienda gourmet) and cruise terminals (Venice). They have also dealt with the overabundance of images (Thomas Struth, Tomás Pizá, Domènec), urban exploitation and migration policies (the case of Málaga in the work of Rogelio López Cuenca), the death by success of cities (Muntadas en Protocolli Veneziani, 2013) or his perversion in an Apocalypse show, in enclaves like Chernobyl, New Orleans and Fukushima (Pierre Huyghe).

In Spain, three exhibitions border the matter from an ethnological perspective. They were scheduled before the break these months so it will inevitably have many more readings. Since Joan Miró gave his stamp to Turespaña to advertise the beaches (with a yellow, red and black sun, who knows if to marry it with the German banner) and the motto I Need Spain (1983), not a few photographers collaborated with the promotional dynamics: Pérez Siquier, Francisco Ontañón, Català-Roca or Ramón Masats, of the latter is the exhibition in Tabacalera (Visit Spain. 1955-1965) on folk rites that the Franco regime presented as topics for foreign visitors.

Others were propaganda professionals, such as Josep Planas Montanyà, holder of the monopoly of the tourist postcard and owner of Casa Planas, founded in Mallorca in 1949. He had his own helicopter (which he rented from the Civil Guard!) It was used to take aerial images of coastal exploitation and that were later used as a model in the emerging economies of Asia and Latin America. For Es Baluard, his granddaughter, the artist Marina Planas, has composed a mosaic of 600 photographs from the archive (some of an intimate or family nature, featuring famous people such as Joan Fontaine, Chaplin, Fraga, Mussolini with Franco) with texts and images extracted of Internet that illustrate the Spain of the developmentalism. Finally, the IVAM provides a documentary set put together by Alicia Fuentes, with posters, brochures, magazines and photobooks of the Spanish Levant advertised as the “periphery of pleasure”, where tourists could live authentic experiences in “an Eden in southern Europe” before to become lysergic with the cod route. From there to the virtuality of the sofa at home, you only had to take one step.

On vacation in the land of the Hesperides. IVAM. Valencia. Until August 30.