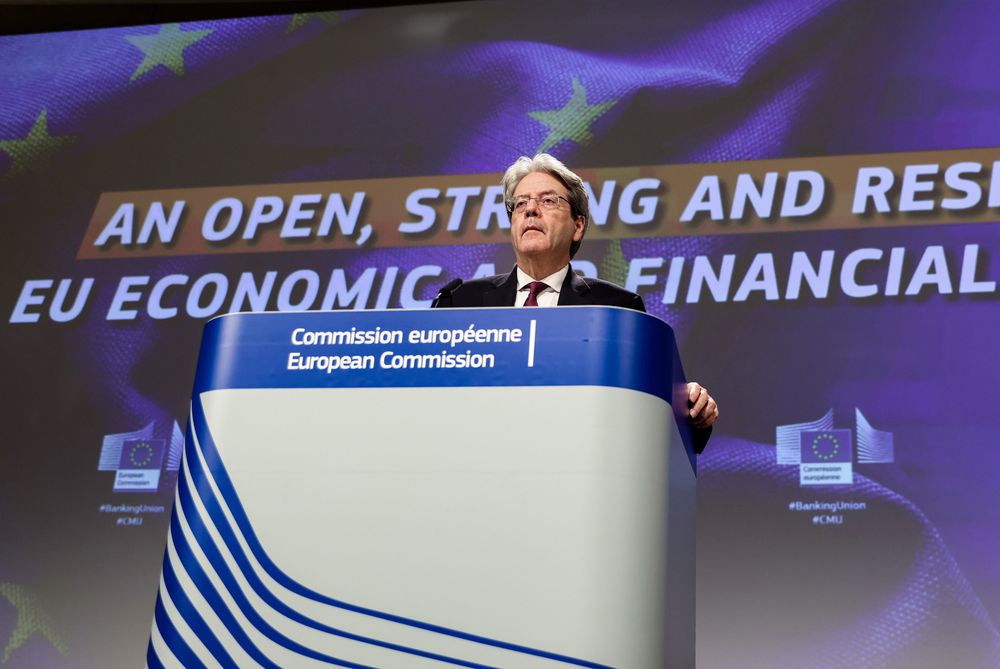 After the biggest hit in the European Union, comes the biggest rebound. Brussels has raised growth forecasts for the Spanish economy this Thursday from 5.3% to 5.6% in 2021 and from 4.8% to 5.3% in 2022. The rate projected by the European Commission is the most powerful across the EU.

Even so, Brussels believes that by the end of 2022 Spain will still not have been able to recover its pre-crisis gross domestic product (GDP) and, in addition, faces the risk of an increase in insolvencies when it begins to withdraw stimuli from the economy. On the other hand, other countries in the euro zone will gain the lost ground, which as a whole will expand 3.8% this year and next. The Brussels forecast is below that made by the Government (7.2%), although it does not include the impact of the recovery fund.

Brussels is finally showing some optimism. The European economy is looking to another recession after falling 0.5% in the last quarter of the year, but in the EU institutions they feared that this fall would be much harder. And despite the fact that we will have to wait for the second semester to see a more intense growth, the good closing of 2020 in Germany or Spain suggests a recovery from June. Yes, with many buts: A new wave of contagion at the end of the pandemic would once again delay the recovery in Europe, which may suffer deep scars derived from business bankruptcies, long-term unemployment or greater inequalities.

“Because the recession in 2020 was not as deep as expected, and thanks to advances in vaccines, we now project that the EU economy will return to its pre-crisis GDP level as early as 2022, even if growth in 2021 is expected to be slightly lower than previously expected ”, explained the Commissioner for the Economy, Paolo Gentiloni.

The report insists again, however, that this recovery will be uneven: “The speed of recovery will, however, vary significantly across the EU. Some countries have suffered more during the pandemic than others, while some are more dependent on sectors such as tourism, which will likely remain weaker for a while. “

Contrary to what happens in the euro area as a whole, the Commission improves its prospects for Spain by three tenths this year (from 5.3% to 5.6%) and in five tenths next year (from 4.8% 5.3%). Despite the improvement, the outlook is below the forecasts of the Pedro Sánchez Government, which contemplates a leap forward in GDP of 7.2%. However, Madrid usually wins that battle of numbers with Brussels. In the autumn of last year, the Executive forecast a drop of 11.2% in GDP for 2011, while the Commission raised it to 12.4%. Finally it was 11%. In addition, the Community Executive does not include in its calculations the economic recovery fund, to which the Government trusts 2.1 percentage points.

“For technical reasons, we do not include third-quarter data in the autumn forecast. And after that good quarter, Spain had a fourth quarter that was relatively less negative. Among the large economies, Spain continued to be positive, with growth of 0.4%, and in our numbers the Spanish rebound is very strong and does not include the recovery and resilience plan ”, Gentiloni assured.

The Commission notes the strong rebound in the third quarter of 2020, thanks to a “hard” but “less” confinement than in other European countries and the positive contribution of exports. 2021 has not started on the right foot, according to the report: the third wave of infections has brought more restrictions in several communities, which should lead to a drop in private consumption and investment.

As the vaccination campaign progresses, the demand that was repressed while waiting for what might happen will be released. In addition, a “soft recovery” is expected in international tourism, which would accelerate the improvement in the Spanish foreign balance, especially in 2022. That takeoff, however, may be truncated by a wave of bankruptcies. “A negative risk is that of an increase in corporate insolvencies, concentrated mainly in those sectors most affected by activity restrictions, materializing as measures to support policies are reduced,” the report says.

Community sources argued that this risk is higher in Spain because its productive fabric is mainly made up of small and medium-sized companies, which react with greater difficulty to a shock like the one that Europe now lives. For now, the Commission praises the policies adopted to protect jobs through temporary employment files (ERTE) and to provide liquidity to companies, the maintenance of which will help cushion the damage to the productive and labor fabric.