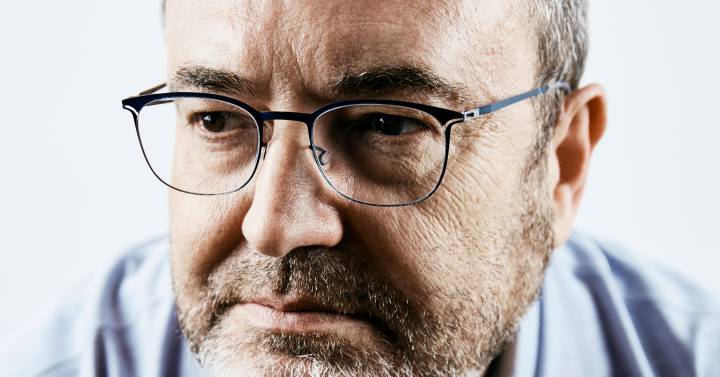 
One day, José Luis Cabañero (Puertollano, 1964) realized that he wanted to change his professional course. After almost 30 years working in the technology sector, in multinationals such as Cisco, Oracle or BBVA, he decided that he would dedicate himself to the agri-food sector. The inspiration came to him through a culinary project incubator that he discovered at an event in San Francisco, where he lived. “It seemed to me that it made sense and a long way to go to take that to Spain to modernize and help companies in the sector enter the digital age,” recalls Cabañero in a video call with EL PAÍS Retina. After a year dedicated to training as a haute cuisine chef and in the ins and outs of the agri-food market, he launched Eatable Adventures.

How do Eatable Adventures and Food Business Angels marry?

Eatable is an innovation company that I launched in 2015 together with Mila Valcárcel and José de Isasa, who knew the gastronomic sector. We saw that it was necessary to professionalize entrepreneurship in this sector. Then we created Gastroemprendedores, networking events in which entrepreneurs, industry, investors, press … In 2017, seeing that many investors who wanted to bet on companies in the sector came to Gastroemprendedores, we decided to create a vehicle to invest. Thus, Food Business Angels was born. It is a platform of 170 individual investors who often invest in joint rounds with mutual funds and private equity. During the pandemic months we have raised 2.5 million euros for four startups in seed phase.

How do you help entrepreneurs from Eatable?

It is a program of months, in which every week we approach a business area and help the company to optimize it and make it more efficient, until it has a product on the market. We understand that four months is a very short term, so when the program ends, we maintain the relationship with the startups. We follow up, often for more than two years, to help with implementation.

What is the profile of those selected for their fifth program?

We are looking for companies in the agricultural and food technology sectors (agrotech Y foodtech). We received about 170 candidates. It is almost 40% of the sector, according to our figures. We have selected seven of them. They are very varied companies that do things such as indoor agricultural cultivation, construction of structures for meat cultivation by cloning, Iberian ham by cloning, digital 3D printing of meat, production of proteins for human consumption through bacterial fermentation of waste or artificial intelligence for collections. automatic in restaurants.

It is still in the initial phase, it is difficult to go from science to startup. Especially in biotechnology, where there are very advanced developments, but research is not outsourced. In our database we have 450 Spanish startups. France or Germany have similar figures; Israel almost doubles us.

What does it take to move forward?

More visibility is needed to foodtech Y agrotech, which are never on the list of areas of interest for investment funds or public and private aid to entrepreneurs. However, the agri-food sector has an important weight in GDP. It must be shown that very successful startups can be launched with high technology behind.

What are the most promising trends and niches?

All cell culture productions, which imply the advantage that you can choose different nutritional profiles: proteins, fats, caffeine, vitamins … and adapt them more to the consumer. They become functional and almost personalized products. Meat bioreactors also have a lot of potential. In Spain we have the startup BioTech Foods in San Sebastián, which is at the forefront in the production of meat grown in the laboratory. They have impressive thermal quality and a very promising productive capacity to produce thousands of tons per year. Cloned meat (and also animal fat or collagen) is expected to account for 35% of meat consumption within 20 years. There are also bioreactors that produce milk by replicating breast cells. It is easier than with meat because milk has no structure: it is liquid and uniform in color.

When will we see these products in our homes?

Milk probably in less than five years. I bet it will be the first cloned product we find in supermarkets. The meat will take longer due to the difficulty that the fillet produced by cellular agriculture looks real and has a fillet structure, with different types of tissue. Massively, it may be available in 20 years.

What about plant protein as an alternative to meat?

It is the sector that is currently attracting the most money. You just have to look at the example of the American Beyond Meat, which with 10 years of life had an IPO similar to that of Yahoo! and a higher valuation than those of Caixabank or Repsol. It is a very important future development area due to the increase in the world population and the need to reduce the carbon footprint. It is believed that 25% of meat consumption in 2040 will be represented by this type of product.

What other solutions are there to address growing consumer needs and climate change?

We need to consider the revaluation of waste as a critical element. The startups that connect people to avoid waste is fine, but the vast majority of waste comes from food that is not pretty and does not reach the supermarket. Another solution is the production of vegetables indoors, which solves two problems thanks to the efficient use of the soil and the reduction of water consumption. They are super efficient and very attractive crops. In Spain, the number of entrepreneurs and investment in these solutions, as well as in land reclamation, is increasing a lot.

What is the newest?

I would highlight the fermentation techniques for food reuse. I would say that it is one of the areas with the most future because it allows to revalue waste from the agricultural industry and generate higher value products. For example, food waste or industrial production surpluses that are converted into protein for human consumption.

How has covid-19 affected the agro ecosystem?

It has benefited you. So many startups they have grown or found new customers, and new channels of relationship with the consumer have been generated. The pandemic has highlighted the importance of the agri-food sector for the day to day and, on the other hand, our dependence on the human factor for collection and distribution. We need technology to automate these processes. The future of the agri-food sector and the competitiveness of its companies goes through digital transformation. It is a very good opportunity to create companies that generate high-quality employment in a sector that is currently one of the last to adopt new technologies.

Barcelona-based company dedicated to 3D bioprinting of food, with a special focus on vegetable fillets based on pea proteins. “They have shown that it is possible to make a plant-based product that really looks like animal protein.”

Also from Barcelona, ​​this company has created an ingredient called heura that mimics the appearance, texture and flavor of chicken and beef. They use a new generation of vegetable proteins with specific production techniques. “It is one of the fastest growing vegan brands in Europe.”

This Barcelona startup produces fats by cloning by biosynts, without sacrificing animals. “Fat is a fundamental transmitter of texture and flavor for the food industry and Cubiq Foods is a world pioneer in its production through cellular agriculture.”

Valladolid company installed in California that provides microbiological solutions to solve a major problem in the agricultural sector: soil health. The investor highlights that “he has managed to make the leap to the US and, in this sector, he is one of the few that have managed to grow and do so internationally.”

Madrid company invested by Eatable Ventures that produces and markets salad sprouts grown indoors, without the use of fertilizers, with reduced water consumption and the use of solar electricity, less than 20 kilometers from the final consumer. “They take sustainability to the extreme with high social awareness.”