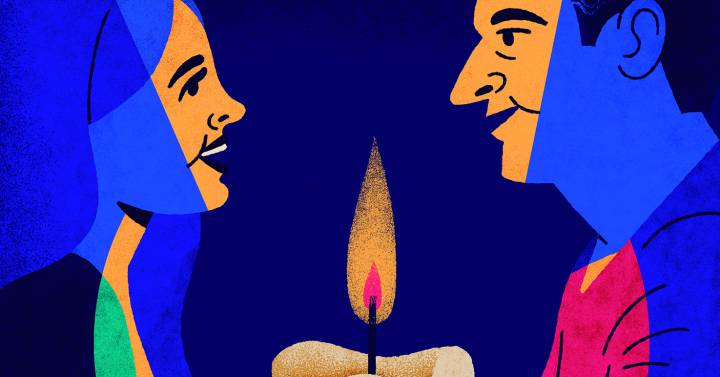 
The screen faded to black. Max hit the power button. On, off, on. He and Diane looked at their phones. Dead. Diane crossed the room to the house phone, the landline, a sentimental relic. There was no dial tone. The laptop, lifeless. He walked over to the computer in the next room and touched various items, but the screen remained gray. “

The nightmare of a widespread technological blackout is the starting point of the novel The silence, by Don DeLillo (Seix Barral), a story that gathers together in just one hundred pages all our fears about the growing dependence on the devices that surround us.

What if the internet crashed completely? If we think about it, you can keep breathing without looking at the screen every few minutes. But the economic system would collapse. Because the new technology is replacing the previous one and there is no going back. An example is the old telephone with a copper line. Many of us have experienced it as children: the power went out but the phone kept working, it seemed to have a life of its own. Today, fiber and the Internet of things through, nothing around us has that autonomy.

Fortunately, the risk of a global blackout is remote. This year the Network has endured the litmus test of having the majority of the world’s population locked up in their homes, consuming TV on demand or teleworking non-stop. Global traffic rose more than 80% on March 17. The Internet was conceived as a mesh, hence its name; it is somewhat decentralized, without a nucleus that can be sabotaged. The electrical network also follows a similar pattern, so that a failure at one point does not spread to the entire system.

Are we really sure? Not at all. We have seen large-scale hacks, targeting very sophisticated state-supported intruders. We have seen, this same month, a global fall of Google. In 2012, someone connected to the enigmatic Anonymous movement threatened to bring down the Internet. It was a bravado, which was denied, but it was uneasy how they detailed the plan: to attack the 13 root servers that keep the domain names. The Net would not have fallen, but nobody would have found anything.

The characters of The silence they remain paralyzed, absorbed, it is not that they no longer communicate through the screens, but that they lack the words being face to face. They fear an involution of civilization, that their way of life will never recover. They remember the famous phrase of Einstein: “I don’t know with what weapons the third world war will be fought, but the fourth will be with sticks and stones.” A digital catastrophe would not destroy everything: at least there would be the necessary knowledge to rebuild the networks. During the wait, we could always resort to the spirit of the poster that adorns some bars: “We don’t have Wi-Fi. Talk to each other ”.