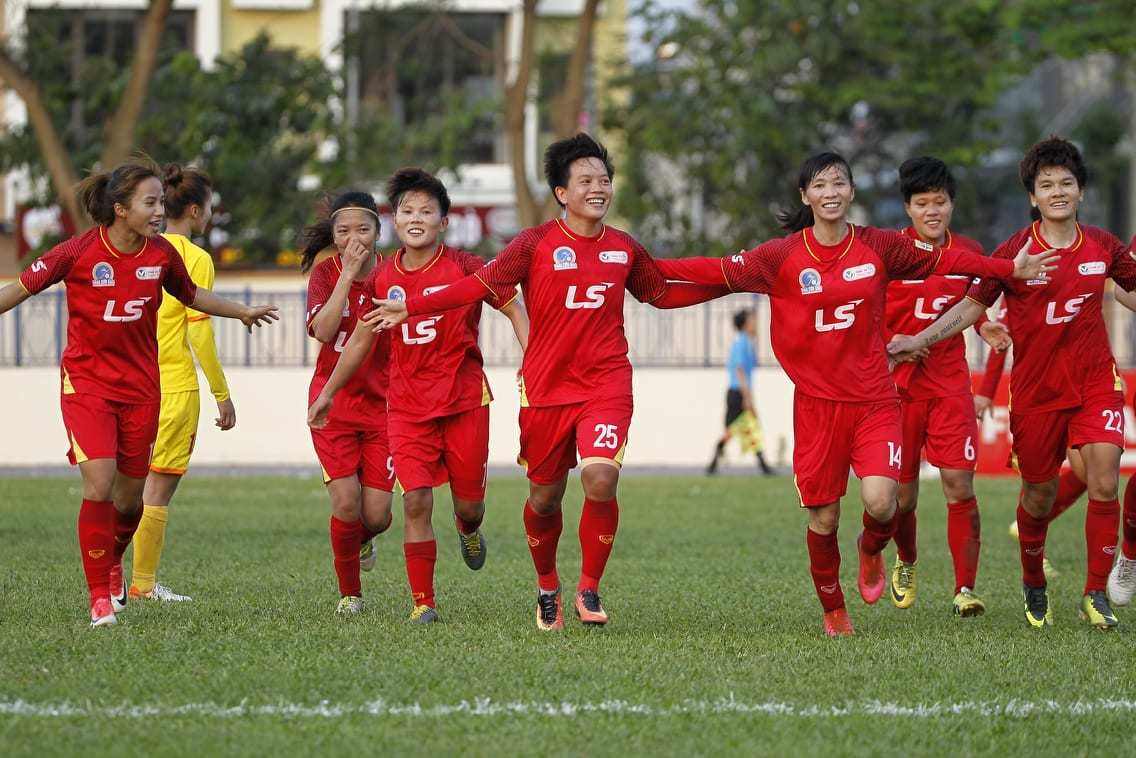 Despite being rated higher than the opponent, the defending champion Ho Chi Minh City I faced many difficulties when Ha Nam actively stepped back into the formation, creating many layers of solid defense.

In the first 45 minutes of the match, coach Kim Chi’s students completely dominated and controlled the ball. However, the city team could not penetrate the solid defense of the players in the low-lying areas.

In the second half, the situation was not disturbed, because Ho Chi Minh City I continued to control the game. Coach Doan Kim Chi’s students have the right to be down when the main striker Huynh Nhu constantly misses delicious situations. Even when he defeated goalkeeper Ha Nam, this striker could not win … the crossbar.

It seems that the match must be determined to win or lose with a series of lucky penalties, HCMC I can create a turning point. In the 87th minute, Thuy Trang passed the ball to pass the two Phong Phu Ha Nam players that were favorable for Thu Thao to hit the ball near the wall, scoring the victory.

Thanks to Thu Thao’s late goal, Ho Chi Minh City I filled in the final, clashing with rival Hanoi I.