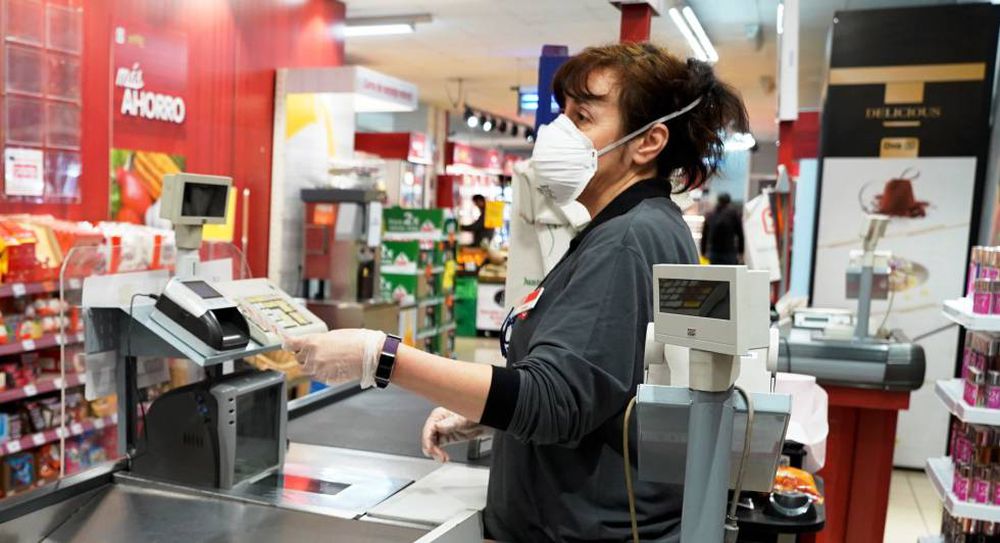 
The Dia supermarket chain slightly improved its sales in the year of the pandemic, reaching a figure of 6,882.4 million euros, 0.2% more than the previous year. It did so with 6.9% fewer stores and despite the strong depreciation of the Brazilian real and the Argentine peso, but it was not enough to put the accounts in the green. It lost 363.8 million, less than half that a year earlier, as reported to the National Securities Market Commission (CNMV). The chain, owned by the Luxembourg fund Letterone, managed to quadruple its operating income, to 301.9 million.

In a year in which the distribution has significantly increased its income as a result of the closure of the hospitality industry, Dia was only able to slightly improve its sales, 0.2%, to 6,882.4 million. However, the company highlights that the improvement in comparable sales rises to 7.6%, since it closed the year with 457 fewer stores, after continuing with its network optimization plans. The company points out that sales were hampered by the depreciation of the Brazilian real by 24.1% and of the Argentine peso by 33.7%, and by the absence of tourism in Spain and Portugal. The restrictions derived from the pandemic reduced the number of visits to stores, but strongly boosted the size of the shopping basket, which rose 24.6%.

As a result of the larger sales and operational improvements carried out in the transformation plan, the gross margin improved, which stood at 21.8% of sales (1,498.5 million) 2.6 percentage points higher from the previous year. Despite the bonuses granted to employees for their work during confinement, personnel expenses were slightly reduced due to the closure of stores. Other cost reductions brought ebitda (operating result) to 301.9 million, compared to 65 the previous year. However, the amortization expense due to the closing of stores stood at 426.5 million, with which losses amounted to 363.8 million. Although bulky, they are 54% lower than the 790.5 million losses of the previous year. The depreciations of the Brazilian and Argentine currencies had an impact of 84.7 million in profit.

Dia’s Chief Operating Officer Stephan DuCharme hailed the results, noting that they “demonstrate the daily progress that DIA makes in achieving its multi-year roadmap.” The performance is attributed to the “operational and commercial improvements in the four countries in which we operate, led by the management teams at the country level” and to the “long-term stable capital structure” achieved after closing the “refinancing and recapitalization agreement. ”With creditors and bondholders,“ which has allowed the management team to focus exclusively on managing clients and the business ”. Even so, Dia maintains a financial debt of 1,276 million euros, 46 less than the previous year. It has a liquidity position of 397 million.