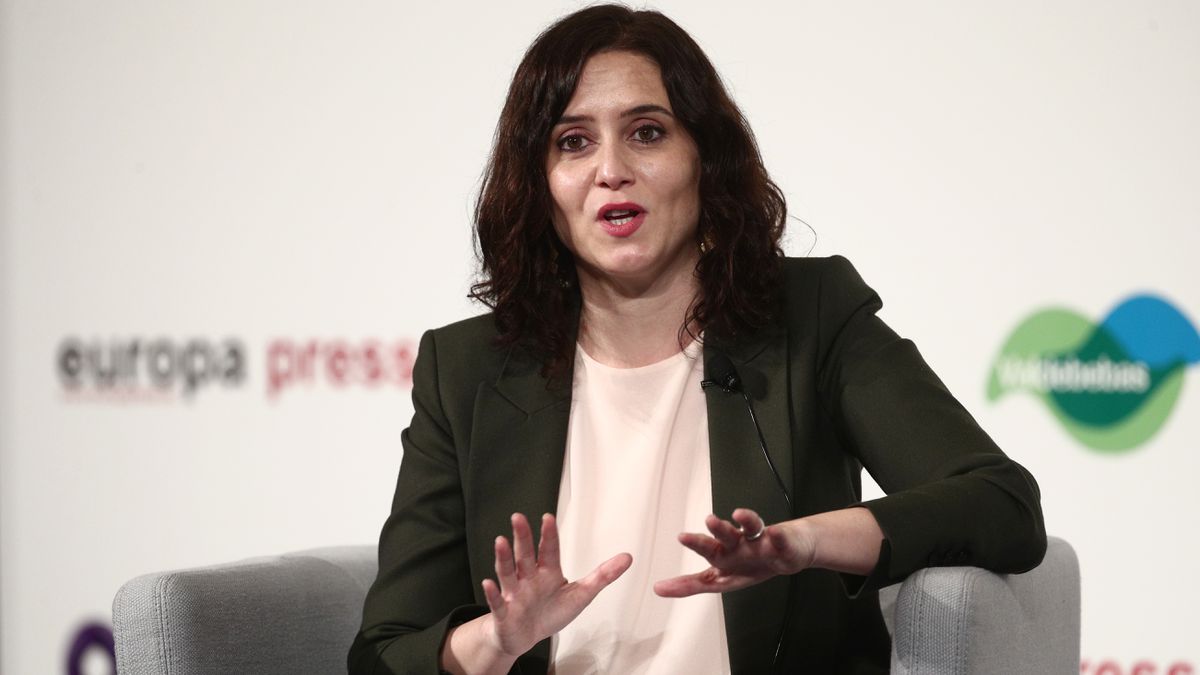 The PP candidate, Isabel Díaz Ayuso, would clearly win the Madrid elections on May 4 with a 39.2% intention to vote and 59 seats, according to the latest barometer from the Center for Sociological Research (CIS), published this Monday. This same work leaves Vox on the verge of being left without representation – with 5.4% of the votes and nine seats – but the sum of the parliamentarians of both parties would reach 68, one of the absolute majority. The poll draws a very close scenario in which left and right would tie at 68 seats next 4-M. The PSOE would obtain 25.3% of the votes and 38 seats in the Madrid Assembly; More Madrid, 14.8% and 20 deputies; while United We Can reach 8.7% of the votes and achieve 10 representatives. Cs would stay below the 5% limit, with 4.4% of the votes, and would not achieve any parliamentarian.

The absolute majority after the elections of the next 4-M will not be located in the current 67 seats, but it will take 69 deputies to obtain it. Instead of the 132 representatives in the current legislature, 136 will be elected in the next, by virtue of the population growth of the last register. In 2019, the Madrid president ruled with 30 seats despite the fact that the PSOE won the elections with 37, thanks to the fact that it added with Ciudadanos en coalición (26) and Vox supporting from outside (12).

The CIS ranks the socialist candidate, Ángel Gabilondo, as the best valued with a 5.6 out of 10. Only he and the More Madrid candidate, Mónica García, approved, who received a 5.4 from Madrid. The regional president, Isabel Díaz Ayuso, fails with a 4.9. Neither does the Citizen leader, Edmundo Bal, who obtains a 4.3, nor the Vox candidate, Rocío Monasterio, who remains in the penultimate position with a 3.6. The worst valued candidate for the Madrid elections is that of United We Can. Pablo Iglesias achieves a 3.2 out of 10.

The Madrid elections, which Díaz Ayuso called in advance on March 10 after hearing the motion of the PSOE and Ciudadanos to remove the popular Fernando López Miras from power in Murcia, are decisive for the right. If on May 4 Ayuso can govern, it is most likely that a new phase will open in which the ally of the PP will cease to be Citizens to become Vox.

The Madrid barometer of the CIS has collected the opinion of 4,300 people between March 19 and 28. In the days when the interviews were conducted, the management of the pandemic and the fourth wave have been protagonists. Specifically, the vaccination campaign has monopolized the political debate in Madrid less than a month before the 4-M elections. The candidates have launched all kinds of reproaches in this regard. Last Tuesday, the socialist Gabilondo warned about the “inadmissible disregard” that meant “stopping vaccinating until April 5”, coinciding with the Holy Week holidays. Díaz Ayuso replied: “The news that the Community of Madrid does not vaccinate at Easter is false.”

The results of the CIS arrive on the same day that the immunization plan for those over 80 years of age is resumed after suspending it due to the closure of the outpatient clinics since Maundy Thursday. Both this closure and the long lines in the spaces where immunization has continued have been highly criticized by the opposition, since Madrid is the sixth territory, including the cities of Ceuta and Melilla, with the worst percentage of vaccinated. “Freedom is anything but the riot of circulating the virus,” criticized the Prime Minister on Sunday in his third pre-campaign act with Gabilondo.

The CIS results are in line with most surveys published in recent weeks. The first polls published between March 15 and April 4, such as that of Sigma Dos last Sunday, suggest that the PP would win with around 38% of the votes and Ayuso would obtain 61-62 deputies. Ángel Gabilondo’s PSOE, which won the 2019 elections with 37 deputies, would become second force with 25% of the votes and taking 33-35 seats, while Podemos, led by Pablo Iglesias, would get 8% of the votes and would thus rise to 11-12 seats compared to the current 7. Vox would achieve 10% of the votes, taking 10-11 seats and would fall from the 12-13 that the last poll gave it, thus contesting the third place with Más Madrid, which has a forecast of 11% of the votes and about 18 -20 seats. Ciudadanos would obtain 4% of the votes, below the 5% limit, and would be left without representation.