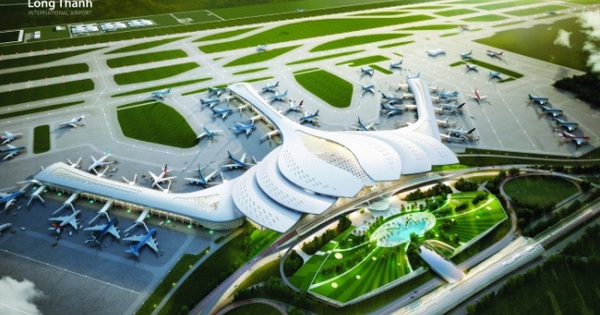 The Airport Authority’s representative at Long Thanh airport was tasked with inspecting and monitoring the compliance with legal regulations on implementation of land development and use planning and plans at airports and airports. ; aviation safety and security standards at airports, airports and in the vicinity of airports and aerodromes; public order, environmental protection; transportation, airport technical equipment; providing aviation and non-aviation services; news announcement; to perform the carrier’s obligations towards passengers at airports and aerodromes; perform the duties of the aviation authorities at the airports and aerodromes within the scope of their management according to the provisions of law; propose flight suspension, request aircraft to land at airports, airfields, search, temporarily seize the aircraft, execute aircraft arrest warrant; suspension of flight crew members, temporary seizure of airline personnel permits, aviation security control cards, aviation security control licenses, operation permits of non-responding vehicles and equipment requirements in accordance with the law.

In addition, the Port Authority’s representative is responsible for requesting the Director of the port authority to approve according to his / her authority or petitioning the competent state agency to suspend the construction, renovation, equipment installation, planting trees. In the areas of airports and airfields that violate the planning, jeopardize safety for flight operations at airports and aerodromes.

To advise the Director of the port authority to decide to temporarily close an airport or aerodrome when civil aviation operations cannot be ensured at airports and aerodromes; issue aviation security control card, aviation security license in accordance with law; implementing the lead and coordination work on flood and storm prevention, fire prevention and fighting, handover of landmarks on the field, violation of the air clearance, ensuring specialized aircraft, security, safety, drills and security. incident schools, handling administrative violations, settling complaints and denunciations according to regulations …

Previously, on the morning of January 5, 2021, the Long Thanh airport project, the largest infrastructure project ever (more than 16 billion USD), was officially started in phase 1, expected to be completed and put into operation in December 2025.