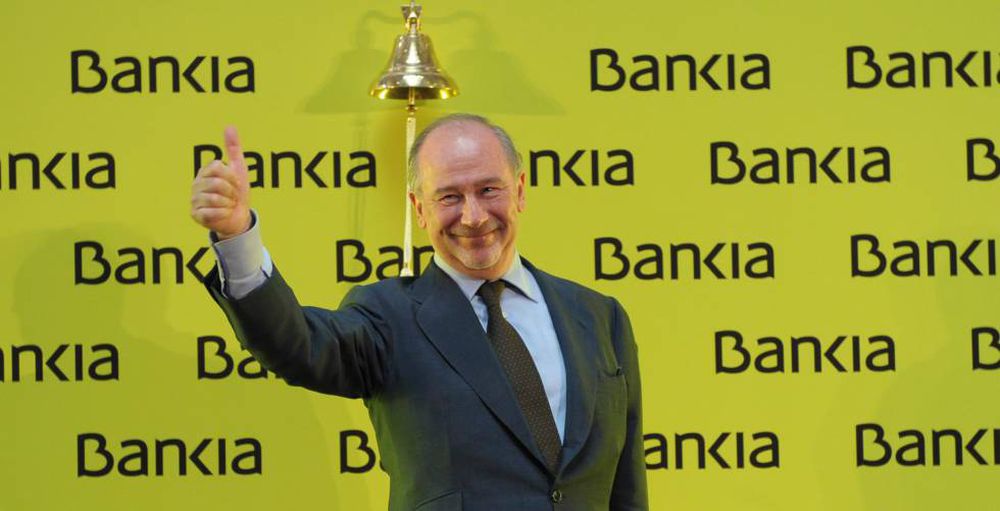 The EU Advocate General has proposed this Thursday that the large investors who attended Bankia’s IPO in 2011 could also hold the financial institution accountable for the fact that the brochure for its premiere on the market did not reflect their reality accountant. Even so, the lawyer – whose opinion is not binding, but is usually followed by European justice – believes that Spanish justice takes into account the “knowledge of the real situation” that the investor had “regardless of inaccurate or incomplete provisions of the brochure ”.

The Supreme Court addressed the European judges to the demand that came from the Mutual Assistance Insurance Union (UMAS). This entity signed a purchase order for 160,000 shares for a total amount of 600,000 euros in the public offering that Bankia launched in 2011. After the reformulation of Bankia’s annual accounts, these shares lost almost all of their value in the market. The UMAS then filed a lawsuit against the bank to cancel the purchase of the shares and to declare the responsibility of the financial institution for lack of veracity in the prospectus.

UMAS won the case in the first instance and managed to have the acquisition of shares annulled, but the Provincial Court rejected the nullity despite admitting the bank’s responsibility. The case reached the Supreme Court, which in previous proceedings initiated by retail investors had established that the prospectus contained “serious inaccuracies” and canceled those purchases. However, the court doubted whether it should do the same with qualified investors, especially when these offers do not require a prospectus if they are aimed at large groups.

The lawyer Jean Richard firmly concludes that it is: “The liability action for the prospectus can be brought by qualified investors, despite the fact that when the offer is addressed exclusively to these investors, it is not required that said document be published. The lawyer considers that “both the literal interpretation and the systematic interpretation of the directive lead to reject the idea that the prospectus is only established in order to protect unqualified investors.” Therefore, it concludes that when that document contains “inaccuracies” it should be possible to initiate “a civil liability action” based on its “inaccuracy”, “whatever the condition of the investor that is considered harmed.”

However, the general counsel believes that the directive is not contrary to justice taking into account “knowledge of the real situation of the issuer” by a qualified investor “regardless of the inaccurate or incomplete provisions of the prospectus.” In other words, the lawyer does not set the terms of the exercise of the liability action, since the States must be able to have “a margin of appreciation”, but the principles of “effectiveness and equivalence” must always be respected.

The two questions of the Supreme

The Civil Chamber had posed two questions to the CJEU. The first: “When a public offering for the subscription of shares is aimed at both retail investors and qualified investors, and a prospectus is issued for the attention of retailers, does the liability action for the prospectus cover both types of investors or only to retailers? ”.

And in the event that the answer was that large investors are also protected, the court added another question: “Is it possible to assess their degree of knowledge of the economic situation of the issuer of the OPS (public offer of subscription of shares) to the margin of the prospectus, depending on your legal or commercial relations with said issuer (form part of its shareholders, its administrative bodies, etc.)? “