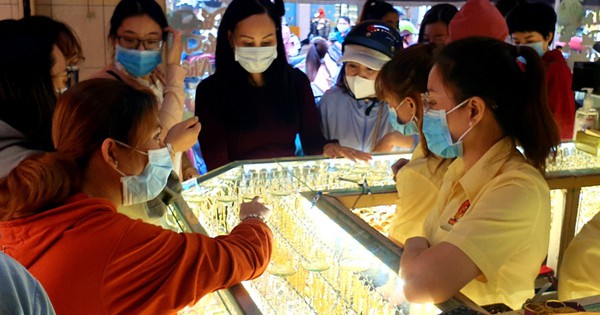 
On the morning of May 2, SJC gold price was traded around 55.42 million dong / purchased volume, 55.65 million dong / sold volume by some businesses, unchanged from yesterday.

On the international market, the gold price today decreased slightly

Today’s gold price of the world closed the trading week at 1,769 USD / ounce, decreased slightly from the previous session and increased less than 10 USD / ounce compared to the time of gold price in early April.

During the month, gold prices were approximately $ 1,790 / ounce at a time, but could not reach $ 1,800 / ounce. And the results on next week’s gold price trend made by Kitco continue to surprise.

Gold prices are being strongly competitive by other investment channels with more attractive returns such as stocks, digital currencies like Bitcoin or other commodities. Some people even said that the gold price could retest the threshold of 1,745 USD / ounce or close to 1,720 USD / ounce in the short term …

However, the long-term bullish outlook for precious metals is clear. Before that, like Lao Dong Newspaper has reported, analysts said that in the medium to longer term of May and in the coming time, gold prices will be supported by rising inflation when the US economy recovers and the US Federal Reserve has clearer policies to stimulate the economy… By the end of this year, the price of gold is predicted to reach 1,900 USD / ounce.