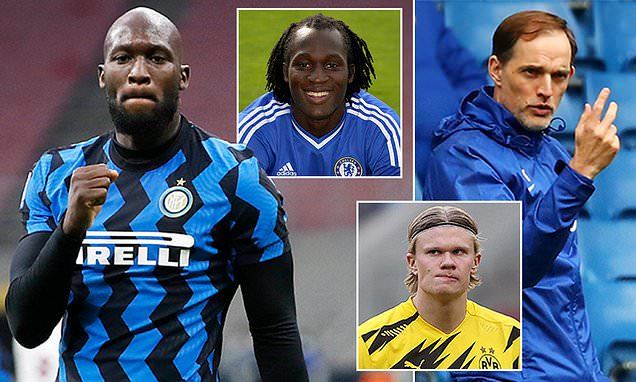 Chelsea are ready to pull Romelu Lukaku back to Stamford Bridge this summer if they cannot convince Dortmund to give Erling Haaland.

The quality striker is the number 1 goal of coach Thomas Tuchel to increase the attacking power for Chelsea since next season.

Timo Werner worth 53 million pounds has only scored 5 goals in the Premier League. Olivier Giroud is old and Tammy Abraham is just a backup.

Erling Haaland is the name that Thomas Tuchel ends up with. However, Dortmund just shouted the price of the Norwegian striker up to 180 million euros (£ 154 million) – the fee is too high in the current epidemic.

The Telegraph said that if it failed in the deal, Chelsea would focus on Lukaku – the old man who served with the Blues shirt when he was young.

The Belgian-born striker joined Chelsea in 2011 at the age of 18. Lukaku was loaned to West Brom and Everton and sold to the home team at Goodison Park three years later.

Now at the age of 27, Lukaku proves himself to be one of Europe’s top goalscorer, experiencing the colors of MU and Inter Milan with impressive performance.

This season, Lukaku has shot 25 times and played an extremely important role on the attack line Inter in the first campaign to hunt for the Scudetto in a decade.

Lukaku’s transfer price ranges from 80 to 90 million pounds, suitable for Chelsea’s pocket. Moreover, bosses at Stamford Bridge believe that the Belgian striker is interested in the prospect of returning to the “old roof”.