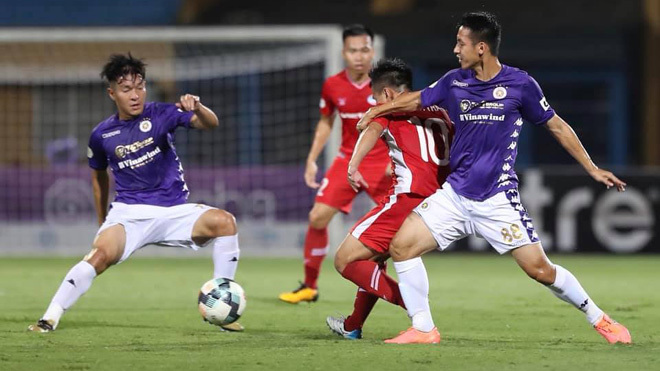 The speed of the National Super Cup match is being pushed up when Viettel is ready to play fair with the team in the same city.

The first minutes were played with a rather slow stance, with a little bit better than Hanoi FC.

Referee Ngo Duy Lan blew the whistle for the Super Cup match between Hanoi and Viettel to start.

If they beat Viettel, Hanoi will balance the record of 4 times winning the Super Cup in history that SLNA and Binh Duong have. In addition, Hanoi will also balance SLNA’s achievement of 3 consecutive Super Cup wins in the past.

Meanwhile, if you pass Hanoi FC, coach Truong Viet Hoang will go down in history. He will become the first to win the National Super Cup as both a player and head coach of a team.

– Viettel: Tien Dung is busy with his own business. Ngoc Hai is not recovering from thigh muscle injury