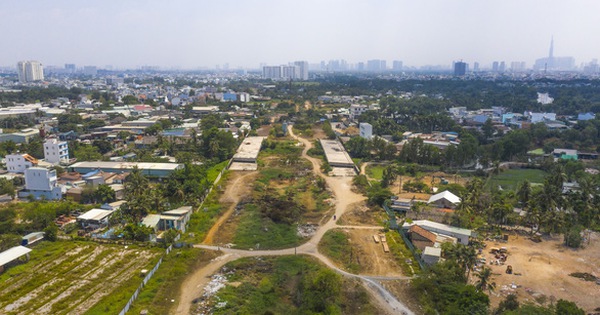 In 2021, many major traffic projects will be completed – Photo: QUANG DINH

According to the project, in the period of 2021 – 2030, the city will focus on expanding the road network of 652.11km, express buses, complete investment in highways and national highways connecting Ho Chi Minh City with other provinces in the region. the southern key economic zone on the approved master plan.

Particularly in 2021, the traffic infrastructure development investment plan strives to achieve the ratio of traffic land to urban construction land at 12.76%. The average density of roads on the land area of ​​the whole city reaches 2.26km/km2 (urban standards need to reach about 2.26km/km2).

Works expected to be completed in 2021: Construction of 4 main roads in Thu Thiem new urban area, construction of Thu Thiem 2 bridge, expansion of Dong Van Cong street (section from Giong Ong To 2 bridge to the node). My Thuy traffic)…

No. 1 elevated road (from Cong Hoa intersection, Tan Binh district to Ngo Tat To street, Binh Thanh district), elevated road No. 5 (intersection of station 2 – An Suong) is also urgently needed to be established and submitted. through policy.

The City People’s Committee requires heads of departments, agencies, chairmen of People’s Committees of districts, Thu Duc city and heads of relevant agencies and units based on their assigned functions, tasks and related solutions. for the effective implementation of the project.

Departments and branches shall closely coordinate with each other to make proposals on investment policies and criteria for selecting the list of investment projects under the scheme. The City Department of Transport shall assume the prime responsibility for, and coordinate in building a list of priority projects to submit to the City People’s Committee for implementation.