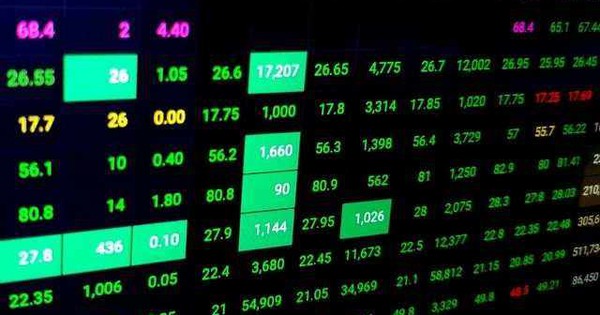 
Accordingly, the document signed by Mr. Le Hai Tra, General Director of HOSE, clearly stated that with the approval of the State Securities Commission, HOSE noted that member securities companies should control 2G errors and avoid affecting them. safety of HOSE’s trading system

The leader of a securities company said that after receiving the above notice from HOSE, the company was also confused because it did not know how to manage the correction and cancellation of trading orders, blocking or not according to the time frame?

Previously, on June 2, HOSE also issued a notice, requesting securities companies to take measures to monitor and promptly prevent the number of 2G errors arising to avoid being disconnected from online transactions in accordance with regulations. . Controlling the correction and cancellation of orders that give rise to 2G errors, ensuring the efficiency of transaction activities.

At that time, securities companies implemented control, the number of matched orders into the system increased significantly, and the transaction value also increased sharply.

However, in the trading sessions from the beginning of the week until now, when the market corrected sharply, the blocking of corrections and cancellations made investors angry, creating selling pressure, making the problem of HOSE even more serious.

In today’s trading session 10-6, some securities companies reopened the function of canceling and correcting orders for investors, but some other companies still closed. However, transactions on the market were still smooth, without problems, blocking orders or frozen orders as in previous sessions.

Liquidity in the market dropped sharply when investors were cautious and limited in buying and selling, the trading value was about 29,000 billion dong on both exchanges.