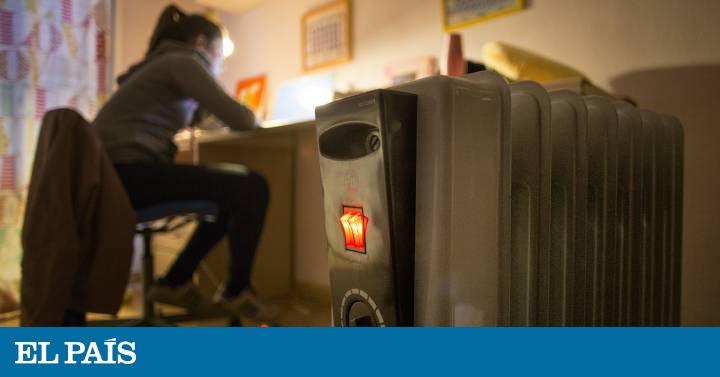 Saving on the energy expenditure of a home is possible without necessarily leaving a kidney in a thorough reform. With just a few changes in consumer habits and use of household appliances, it is possible to avoid the outlay of at least 200 euros a year, according to experts. It is true that, whenever we talk about improving energy efficiency, the first changes that are usually evoked are the increase in the insulation of the envelope and the replacement of the windows, or the installation of photovoltaic panels, among others. All of them undoubtedly involve some investment, but there are other elements to look at and that do not involve excessive spending.

“The truth is that users can achieve energy savings and be more sustainable through minimal daily changes, mainly in the use of electrical appliances and heating,” says Emilio Bravo, general director of the Lucera electricity company, pointing out the two keys to economize in this area.

The electrical appliances that contribute the most to energy consumption in households are the refrigerator (662 kWh per year on average), the freezer (563 kWh), the television (263 kWh), the washing machine (255 kWh), the dryer (255 kWh) and the dishwasher (246 kWh), although the actual values ​​will depend on the efficiency of the device and its use, according to calculations by the Organization of Consumers and Users (OCU).

Using a convection oven, for example, consumes half compared to a conventional one, although the advice of the OCU spokesperson is “do not preheat for a long time and turn off about five or 10 minutes before the end of cooking.” Nor should the grill function be abused, which consumes twice as much, and an insulated oven with double or triple glass will be preferred, since its expense is half compared to a classic one. A common sense measure will be to avoid placing it near the refrigerator or, if it is unavoidable, to interpose an insulator. Better to open the door a little and take the opportunity to bake several foods at the same time.

In general, the cost in the kitchen will be half with the most efficient induction hobs. Significant savings can also be achieved if you use pans of the same size as the hob, if the hob is turned off before cooking is finished, if the pans are covered, if the speed cooker is used frequently and food is taken out of the refrigerator before cooking. put them to cook. Since cooking involves producing heat, another measure that can be taken is to turn down the heat while cooking.

As for the refrigerator, it will be necessary to calculate a capacity of 60 liters per person and take advantage of the volume, but without compressing the food. It will not be installed near the oven, radiator or a sunny window and it will be checked that the air circulates behind it. The thermostat will be between four and six degrees. “Do not leave the door open for a long time and defrost if there is frost: with 3 millimeters you spend 30% more”, warns Izverniceanu.

“It is recommended to use the washing machine and the dishwasher only when they are full, taking into account that they will spend 80% of the energy in heating the water, so it is advisable to select programs in cold or low temperature”, suggests Belén López, from the Asecener energy certification company. In the case of the washing machine, cold or low temperature programs will be preferred, “since washing clothes at 40 degrees instead of 60, you can save up to 55% of energy,” he says. The dryer drum must be completely filled, but respecting the maximum load, and the filter and condenser must be cleaned of fluff.

Izverniceanu advises against installing the water heater on the terrace, basement or garage and emphasizes that it should always be insulated with rock wool and not set the temperature above 60 degrees. “You have to place a programmer plug to heat water in the cheapest hours and if it is not used in 24 hours, unplug it,” suggests the OCU spokeswoman.

Regarding heating, López points out that energy expenditure depends not only on the tightness of the rooms, but also on the adequacy of the installation. In other words, “it is necessary to verify that the boiler has the correct dimensioning, as well as to take care of the maintenance of the radiators”. As far as possible, the temperatures will be constant and according to the use that we need of each part of the house at all times.

It will also be taken into account that considerable savings can be achieved in the electricity bill by replacing old boilers with other condensing, biomass or a heat pump. “Traditional air conditioning equipment from split an indoor unit and an outdoor unit have a higher consumption than current high-efficiency air-to-air heat pump systems, ”says López.

The Asecener manager also brings up the role of lighting. Beyond changing traditional bulbs with LED ones, López encourages the installation of timers or presence detectors, and adds: “For a very low price we can put light dimmers that allow us to reduce the lighting of the rooms according to their use, since we do not need the same light in the living room to watch television or in those parts of the house dedicated to reading or work ”.

In his opinion, there are also several effective actions that can be carried out without involving a significant financial investment. Among them, stands out the fact of “closing the radiators that we do not use, installing a programmable thermostat, disconnecting electrical appliances, lowering the blinds at night in winter and during the day in summer, putting on carpets and taking advantage of sunlight.”

“The savings will be effective if we accompany the changes in habits with very cheap and easy-to-install systems, such as adjustable exterior and interior sunshades”, in the peak sunning season, he advises.

Technology can also be a great ally for the user, thanks to the connectivity and advancement of speech recognition devices. “Almost all household appliances – including air conditioning, thermostat, lights and garage doors – can connect to the so-called internet of things [IoT, por sus siglas en inglés] and be controlled remotely from a mobile device or smart speaker ”, underlines Bravo, from Lucera.

“To have a smart home no need to buy the latest gadgets of the market at exorbitant prices ”, clarifies Bravo,“ since simply by replacing the devices we have with similar ones with connection, we will turn our house into a smarter home ”.

“The simplest measure that has the most impact on energy savings in a home is to know how much electricity is consumed per month.” This is how bluntly Joaquín Coronado, CEO of the Podo electricity company, is shown, for whom it is proven that a home in which all its members know how much they spend on electricity each month manages to save between 8% and 12% of their consumption.

Along the same lines, Emilio Bravo, CEO of another marketer, Lucera, says he is convinced that “having an efficient home begins with knowing how we consume energy.” For this reason, in his opinion, it is worth going back to the basics: reading the electricity bill correctly. The first thing to look at is whether the contract belongs to the regulated or free market. The rate that is applied in the first one, the voluntary price for the small consumer (PVPC) changes every hour depending on the supply and demand. “In the second, less flexible rates are usually offered where the price of electricity is different from the regulated one, with greater stability,” says Bravo.

Beyond knowing what each itemized item corresponds to, such as VAT, the meter, the electricity tax and the billing period, it will be necessary to know the contracted power and the estimated monthly electricity consumption. “Identifying all these concepts is the first step to analyze whether it is necessary to adjust it to our consumption”, concludes Bravo.