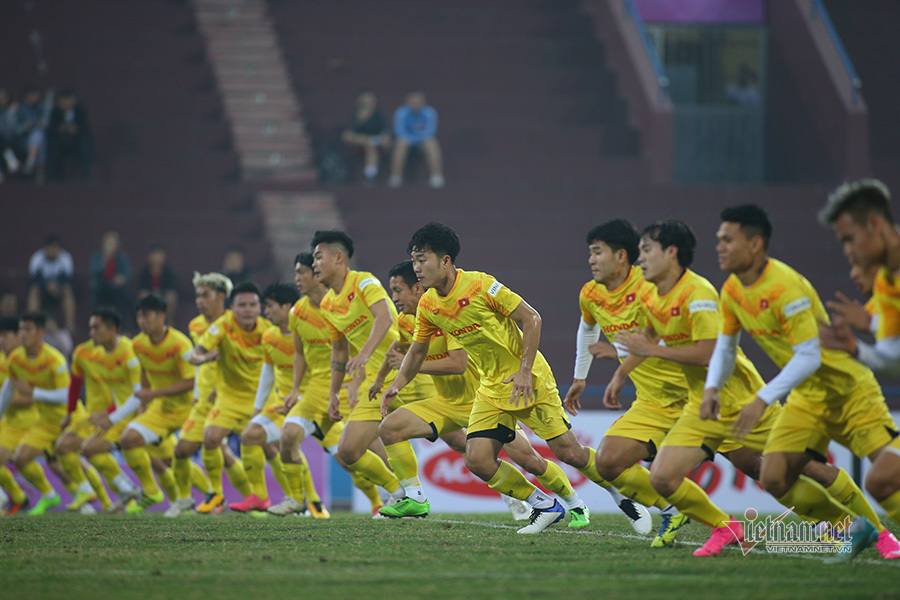 Compared to the previously leaked list, the Vietnamese team has just been announced by Coach Park Hang Seo with some changes. Accordingly, goalkeeper Dang Van Lam has no name, but instead is goalkeeper Pham Van Phong of the Saigon Club. The remaining three goalkeepers are Van Hoang, Van Toan and Tan Truong.

It is known that Van Lam was specially gathered late. The overseas Vietnamese goalkeeper will move straight from Japan to the UAE to join the army with Vietnam, not return home. That is why Dang Van Lam is not on the list closed by Mr. Park.

While Dang Van Lam was not named, veteran striker Nguyen Anh Duc was summoned by Mr. Park. Long An club striker is leading the top scorer list in the First Division, with 5 goals.

In addition, defender Doan Van Hau also has a name. The Hanoi defender is racing against time to recover from surgery. Currently, Van Hau is in the final stage of treatment, and he is desperate to return to the field.

In addition, the Korean strategist gave the opportunity to a few young faces for the first time to recruit such as Van Phong, Van Xuan, Van Long …

According to the original plan, the teachers and coaches of Park Hang Seo gathered in Hanoi and trained at the Vietnam Youth Football Training Center from May 10 to May 26, then departed for the UAE in the evening. on the same day by jet.

However, due to the suspension of the 2021 national professional tournaments to prevent and combat the Covid-19 epidemic, the team gathering plan was adjusted. Accordingly, the team will join forces to begin joining on May 7.

In order to meet the professional work of the team during training in the UAE, VFF contacted the teachers and coaches of Park Hang Seo to have a friendly match “general” on May 31. If nothing changes, the green man of the Vietnamese team is Jordan.

After 5 matches in Group G, Vietnam is leading the table with 11 points. Second place is in Malaysia with 9 points. Followed by respectively Thailand (8 points), UAE (6 points) and finally Indonesia (0 points).

SLNA player recruited late because he was in quarantine
On the first day of re-joining, all team members will be tested for realtime RT-PCR for Covid-19 prevention. As for the players on the SLNA payroll, because they become F2 of Covid-19 patient and are performing quarantine with the managing club, they will only join the army with the team after being assured of disease safety.

VietNamNet updated the schedule of the remaining 3 matches of Vietnam Tel in the second qualifying round to win tickets to the World Cup final 2022.