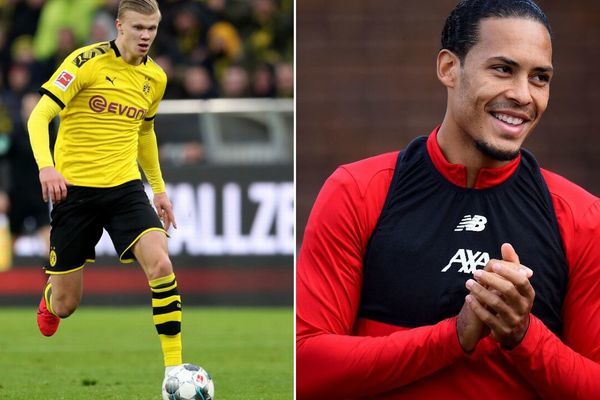 Jurgen Klopp’s side are expected to spend the money to get Haaland from Dortmund, just as they did with midfielder Van Dijk and goalkeeper Alisson.

Erling Haaland, which Dortmund owns, will be an extremely ‘hot’ name in this summer transfer 2021, interested by top teams, such as Man City, Real Madrid, MU, Chelsea.

With Liverpool, Haaland is considered to be the ‘perfect’ contract of Liverpool, which can change the game of Jurgen Klopp like Van Dijk and Alisson. Coach Klopp himself is also very impressed with Haaland.

So, former defender Glen Johnson hopes the old team can compete to win the signature of the Norwegian 20-year-old star:

“Haaland is the perfect asset for any top football team at the moment. He is young so whoever pulls him out of Dortmund will have a ‘big word’ on a 5 year contract.

If Man City buys Haaland, Liverpool will think: it is impossible for the Green Man to have him and the race will be very intense ”.

The old Liverpool man added: “The Merseyside Reds do not sign a contract just because of his name. They don’t overspend on any name.

They only act when they feel they are doing the right thing and in fact proves so. Liverpool spent a lot of money on goalkeeper Alisson and midfielder Van Dijk and they are the two best players in that position in the world.

Liverpool will spend the money if the right player shows up. And I think they will do it with Erling Haaland ”.