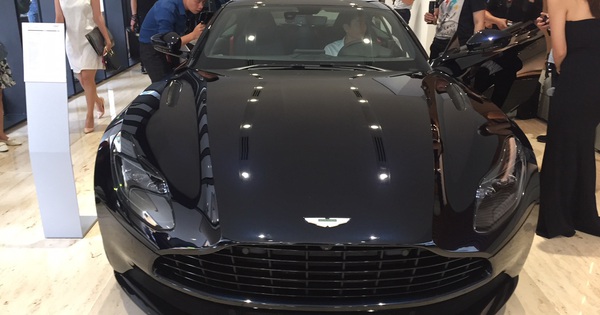 
Audi representative said that with a discount of 100-200 million VND / unit and a policy of supporting registration fees for customers, many of its models have had quite good sales in recent years.

Many firms are not in stock

Similar to Audi, some luxury cars of Mercedes-Benz Vietnam assembled domestically such as C-Class, E-Class, S-Class, GLC will double benefit when they receive a 50% reduction of registration fee and also agents reduce selling prices from 50-200 million dong, helping to increase consumption. For example, the Mercedes S450 Luxury model with the price of nearly 5 billion VND is reduced by nearly 300 million VND for the registration fee and the agent is reduced by 200 million VND, so the price of the wheelchair is nearly 500 million VND cheaper than before or the GLC 300 4Matic. has a selling price of 2.4 billion dong but a total reduction of nearly 200 million dong. “Due to the benefit of hundreds of millions of VND, the customers who ordered the company’s car increased significantly. Many samples are good for consumption, if imported into any batch, they will consume all of that lot. There are models that customers want to buy, have to order and wait 6 next month delivery, as GLS model “- Mercedes-Benz Vietnam representative information.

BMW cars also fell sharply, as the 520i model decreased by 390 million VND, the BMW 530i model decreased by nearly 300 million VND compared to the listed price. Audi Vietnam also announced to launch a program to support 50% of registration fees for Audi A4 and Audi Q5 models by directly deducting them from the car price, helping each car to reduce from 85-125 million VND. Similarly, Volkswagen Vietnam supports 100% of registration fees for all models, so the purchasing power is significantly increased. Volvo says the consumption of many models is very good, such as the XC 40, XC 60, S 90, V 90 and no longer in stock.

The reason that the luxury car market is less affected by epidemics than conventional models is because the target customers of these cars are rich people, business owners … Although affected by the epidemic, only need to have The demand is that this group of customers will reduce the money to buy a car. “For super cars imported from abroad with the price of tens of billions of VND, customers have to order and choose the interior – exterior version including design, paint color … according to demand. Time from when ordering the car to the table. Car delivery takes from 6 months to more than 1 year, so many sold models are ordered by customers from the previous year “- Mr. Do Nguyen Vuong, General Director of Volkswagen Motor Vietnam Co., Ltd., explained.

Moreover, according to car dealers, most luxury car brands are favored by Vietnamese customers such as Land Rover, Maserati, Cadillac, Porsche, Lamborghini, Roll Royce, Lexus, Mercedes, BMW, Audi … All have agents in Vietnam or import genuine and have warranty and maintenance facilities. Due to being assured of genuine warranty and maintenance, customers do not hesitate to pick up their wallet.

The demand is quite large

Mr. Doan Hieu Trung, General Director of Regal Automobile Joint Stock Company, acknowledged that luxury cars in the segment of tens of billion VND are currently highly taxed, causing the price of the vehicle to increase many times. In which, the import tax is from 47% -55%, the special consumption tax is 150%, the VAT is 10%. Meanwhile, there are still customers buying expensive cars in difficult epidemic times, proving that the demand for buying cars of Vietnamese consumers is still very large. If the above taxes are exempted or reduced to a more reasonable level, the luxury car market will be more active and attract more customers.

Mr. Phan Manh Ha, General Director of CT-Wearnes Vietnam Co., Ltd. (distributing genuine Aston Martin cars in the Vietnamese market), citing the High Net Worth Handbook of Wealth-X research firm shows that Vietnam is forecast to rank 4th in the group of countries with the fastest growing rich people in the world. In 2018, Vietnam had 12,317 millionaires, up 23% from five years ago. According to a recent forecast by Knight Frank Consulting Company, in the next four years, the number of millionaires in Vietnam will increase by 28%, higher than the average growth rate of 21% in Asia and 19% in the world. More and more people have the need to buy super cars for both the purpose of collecting and meeting travel needs.

According to Mr. Phan Manh Ha, grasping the above trend, the company has invested in a repair workshop in District 7, Ho Chi Minh City to take better care of customers. Accordingly, customers choose to buy genuine cars increasingly. At the same time, the leading luxury car distributor in the Asia-Pacific region is also investing in showrooms in Ho Chi Minh City to display many super car brands such as Aston Martin, Bentley, and Lamborghini.