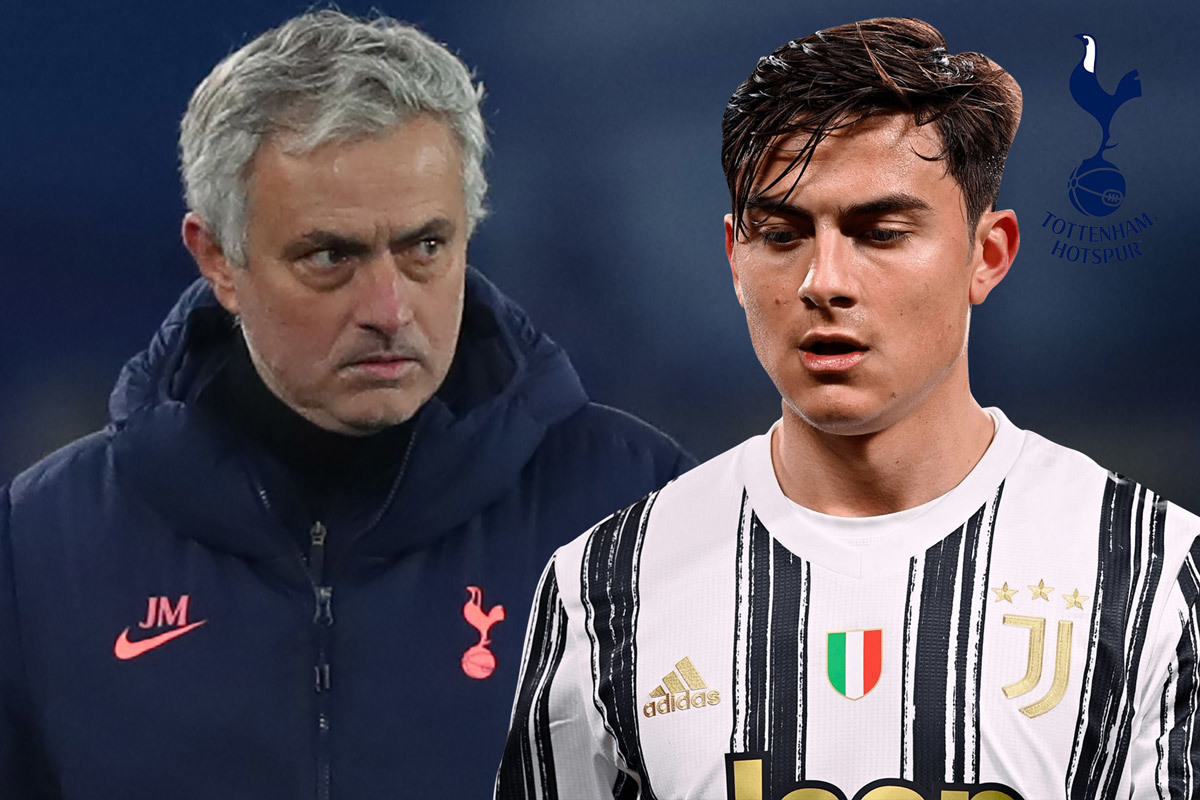 After a short time of high flight, Tottenham fell into a crisis when losing 4 of the last 5 matches.

Coach Jose Mourinho was disappointed with what happened, especially after being knocked out of the FA Cup by Everton in a match that Tottenham conceded 5 goals.

Looking forward to the new project, according to CalcioMercato, Mourinho asked Chairman Daniel Levy to buy with Paulo Dybala.

This is not the first time Mourinho wants to work with Dybala.

When he was leading MU, as in the last transfer period, the Portuguese strategist wanted to have Dybala, but failed.

One of Tottenham’s biggest limitations is the squad depth.

This season, Spurs depend too much on Harry Kane – Son Heung Min.

When Harry Kane is injured, or Son Heung Min is blocked, the London side becomes ineffective.

So, “Special One” aims to Dybala to upgrade Tottenham’s attack, to compete for high rankings in the Premier League.

Dybala is in a claustrophobic stage at Juventus, when he is not suitable for manager Andrea Pirlo.

Since the beginning of the season, Dybala has only played 16 matches in all competitions, scoring 3 goals and 2 assisting phases.

Dybala’s contract with Juventus is only valid until 2022, so Tottenham believes it can negotiate the transfer fee to the lowest level.

Poor Mourinho, being ‘sabotaged’ by the Tottenham player

Tottenham lost 4 of the last 5 matches and Rio Ferdinand felt sorry for Mourinho when he was constantly ‘harmed’ by the Tottenham player by personal mistakes.