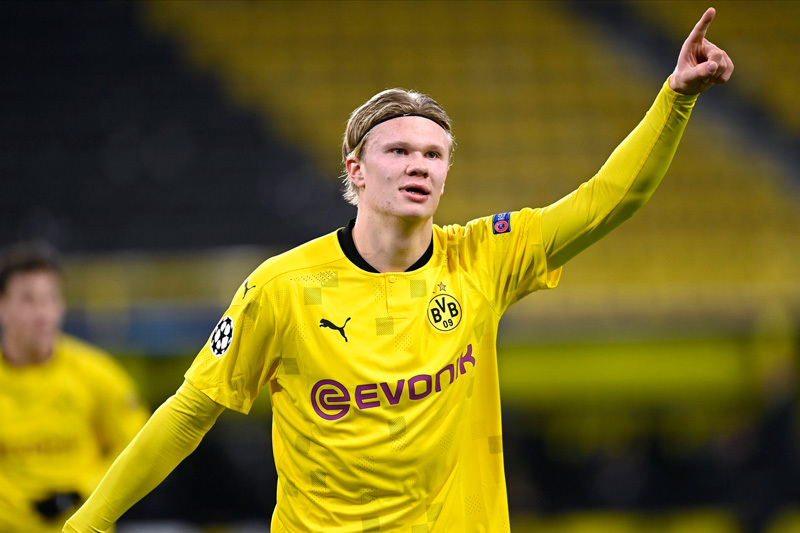 It will not be easy for MU to persuade Dortmund to cede Erling Haaland next summer, because the contract release clause worth 65 million pounds is only activated in June 2022.

MU along with Real Madrid, Barcelona and Bayern Munich are teams that pay special attention to the 20-year-old Norwegian striker.

However, the hope of recruiting Erling Haaland at the end of this season is very low, because Borussia Dortmund have no intention of selling his top scorer.

Renowned journalist Fabrizio Romano said the £ 65million contract release clause between Haaland and Dortmund was only activated in June 2022.

In a recent interview, Dortmund CEO Hans-Joachim Watzke said: “There is no term to release the Erling Haaland contract in the summer of 2021.”

That means, the German team does not intend to sell Haaland soon, when he is playing the role of Dortmund.

Since moving to Germany, the Norwegian striker has made great progress, becoming one of the most powerful goalscorer in Europe.

Coach Solskjaer is very close to his old student. In the recent sharing, Coach MU confirmed, he is still closely monitoring Haaland’s progress.

Ole Gunnar Solskjaer really wants to bring his compatriots back to Old Trafford, in the context that Martial has not met expectations, and Cavani is only a short-term solution.