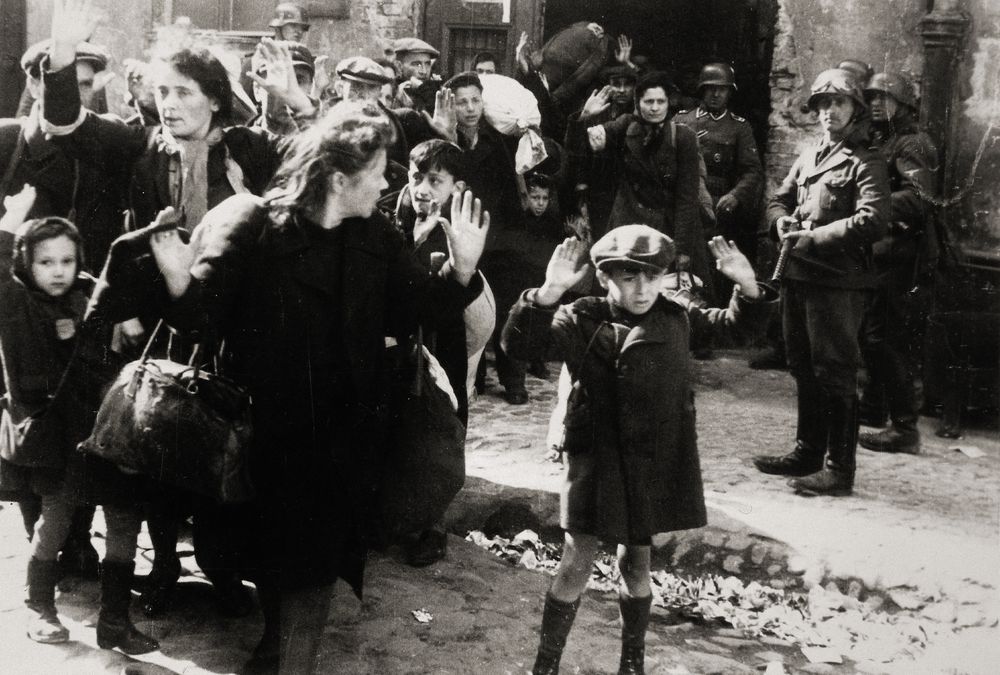 The history of the Second World War in Poland, especially of the persecution of the Jews by its Catholic neighbors, continues to cast many shadowy spaces since it is a recent field of research, in which it has only been possible to advance with wide access to witnesses and documents after the fall of the communist regime in 1989. However, the ultra-nationalist Polish Government of Law and Justice (PiS), in power since 2015, has launched a legislative offensive against the independent investigation that has been translated into a first conviction against two historians, known this Tuesday, and the questioning of a journalist by the police.

Two internationally respected researchers, Jan Grabowski, a professor at the University of Ottawa and a Yad Vashem recipient for their work on the Shoah, and Barbara Engelking, director of the Polish Center for Holocaust Research, were sentenced on Tuesday to rectify a paragraph of a 1,600-page essay entitled Endless night: the fate of Jews in occupied Poland. They must rectify and apologize, although not pay the fine of 22,000 euros requested by the plaintiff. However, Grabowski believes that the sentence causes enormous damage to the Holocaust investigation.

In the book, they argue that the mayor of the town of Malinowo in northwestern Poland, Edward Malinowski, stole a Jewish woman whom he rescued and handed over to the Nazi occupiers Jews hiding in a forest. The investigators were denounced by the mayor’s 80-year-old niece, Filomena Leszczynska, who had the support of organizations close to Law and Justice, such as the Polish League Against Defamation and the National Institute of Memory. The Government has declared that it has nothing to do with the trial, which nevertheless relies on a 2018 law promoted by the Executive that condemns the “public insults to the Polish nation” and that was lowered after international protests and a diplomatic conflict with Israel.

Poland and the shadows of the Holocaust

Poland passes a law against history

On the other hand, the journalist Katarzyna markusz, collaborator on the web jewish.pl and what does he write for Jewish Telegraphic Agency, was questioned by the police on Thursday last week on the orders of a Warsaw district attorney. As Markusz herself reported this Wednesday by email, she is accused of insults against the Polish nation for having written this question in an article for the publication Krytyka Polityczna: “Will we live to see the day when the Polish authorities admit that among Poles, in general, there was no sympathy for Jews and that Polish involvement in the Holocaust is a historical fact?”

“When the police asked me if I had wanted to insult the Polish nation, I assured that this article is not intended to insult anyone,” says 39-year-old Markusz. “There were Poles who betrayed the Jews and others who hurt them. They are historical facts. It is as if the Germans were enraged because someone wrote that they invaded Poland on September 1, 1939. I can say that I am proud that I was charged under the same section (art. 133 pt. 1 of the Penal Code) as Professor Jan Tomasz Gross “.

The journalist refers to the first high-profile case of the ultra-nationalist offensive against historical research in Poland: Jan T. Gross published a book in 2001 that had an enormous impact, Neighbors, in which he recounted the Jedwabne pogrom in 1941, attributed for decades to the Nazis, but which Gross proved to have been perpetrated by his Catholic neighbors. Since then, the bibliography on the persecutions of Jews by Poles has increased considerably and is even the background theme of the film Goingby Pawel Pawlikowski, which won the Oscar for Best Foreign Film and was repudiated by the Government.

A few hours after the verdict, Grabowski expressed by telephone from Warsaw, where he is currently, that “the sentence represents a very serious problem for all historians of the Holocaust in Poland, but also abroad.” He did not want to elaborate on his answers, because his lawyer intends to appeal the sentence, although he pointed out that “it is a matter that should never have reached a court because it is not the courts that must establish what is true or not in terms historical ”.

Numerous Holocaust research centers – the Yad Vashem in Jerusalem, the Simon Wiesenthal Center, the Foundation for the Memory of the Shoah in Paris, the Association for Slavic and Eastern European Studies, the American Historical Association, the Association for Polish Studies based in Paris, as well as the Warsaw Jewish community – showed their public support to historians before the sentence and consider, in the words of the Foundation for the Memory of the Shoah, that the process “represents a witch hunt” that “It will have a pernicious effect on the very heart of historical research.” American researcher Deborah E. Lipstadt, an expert on Holocaust denialism, wrote on your Twitter account: “Poland is dedicated to denying the Holocaust in a gentle way. It does not deny genocide. It just rewrites the role of some Poles in it … and punishes historians who tell the truth. “

The Yad Vashem, which in addition to being a Holocaust museum is one of the great centers for the study of the Shoah in the world, issued a statement on Thursday in which it expressed its “deep concern” over the verdict. “Historical research must reflect the complex reality of a given period, based on the scrupulous analysis of existing documentation, as has been done in this rigorous book by the two researchers. Like all research, this volume on the fate of Jews during the Holocaust is part of an ongoing debate and, as such, is subject to criticism in academia, but not in court. Existing documentation, along with many decades of historical research, shows that under the draconian Nazi German occupation of Poland and, despite the widespread suffering of the Polish people under that occupation, there were Poles who actively participated in the persecution of the Jews and in their murder”.

Katarzyna Markusz argues: “It is clear that the Polish Government wants to silence historians and journalists who try to write the truth about the Holocaust: there were Poles who attacked Jews during the war. It is a fact. Why are we being persecuted for saying this? Grabowski, 57, points out: “This sentence represents a jug of cold water on what Polish students and historians can do. I am very worried and I am very pessimistic ”.

Poland was one of the countries that suffered the most during the long night of the Nazi terror. Occupied from the beginning of the conflict by Nazis and Soviets, six million Poles were killed by the Third Reich, including three million Jews. Nazi Germany installed six death camps on its territory, in whose operation the Poles had nothing to do with it. Moreover, they were victims in them: Auschwitz, for example, was opened as a concentration camp destined first for Poles and Soviet prisoners. There was also no collaborationist government and the resistance was constant. Poland is also the country in the world that has the most Righteous among the Nations recognized by Yad Vashem: 7,112 people who risked their lives, or lost it, helping Jews. These are facts that are part of the consensus on World War II.

However, especially since 1989 with the end of the communist dictatorship, it is also a fact recognized by all experts in the Shoah that Polish citizens murdered, robbed, blackmailed, denounced and persecuted Jews during and after the conflict and that they also collaborated with the Nazis in their assassination – not in the death camps, but in pogroms, ghettos and shootings. Thousands of documents and testimonials prove it. Grabowski believes that the figure he provided in an earlier book of 200,000 Jews killed by Poles is conservative. It is a fact investigated by historians such as Havi Dreifuss, Anna Bikont, Engelking, Gross or Grabowski himself, who also appears in numerous classic essays on the Holocaust by authors such as Timothy Snyder, Keith Lowe, Raul Hilberg or Tony Judt. Nobody in academia doubts it. However, in 21st century Poland you can be tried or interrogated by the police for claiming it.