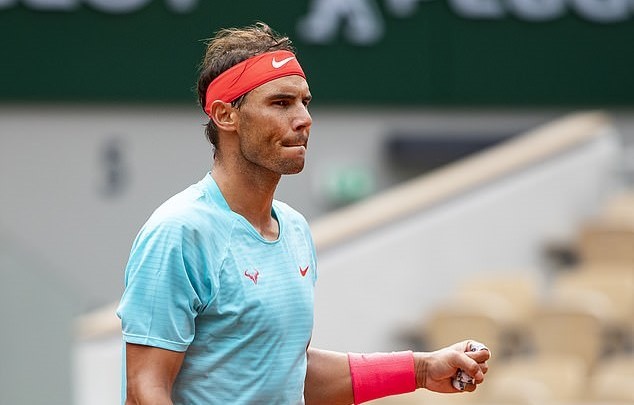 Schwartzman, 28 years old, is only 1m70 tall. His strong points are durable ball, physical strength and comprehensive playstyle. Schwartzman’s forehand and backhand are both good and hard to squeeze. He won three ATP titles in his career.

However, the Argentine was at a disadvantage when he went through a 5-set quarter-final with a time of 5 hours 10 minutes against Dominic Thiem.

Grasping this weakness, “king of clay” attacks quickly to destroy the opponent on the other side of the net. Schwartzman thus lost 2 sets with the same score 3-6.

What Schwartzman did in set 3 was dragged into a series of tie-break after exciting struggle games.

Not only won the right to the Roland Garros 2020 final, Nadal also reclaimed the debt that Schwartzman had borrowed in the recent Rome Masters quarter-finals.

Nadal’s final opponent is the player who wins the remaining semi-finals between Djokovic and Stefanos Tsitsipas.