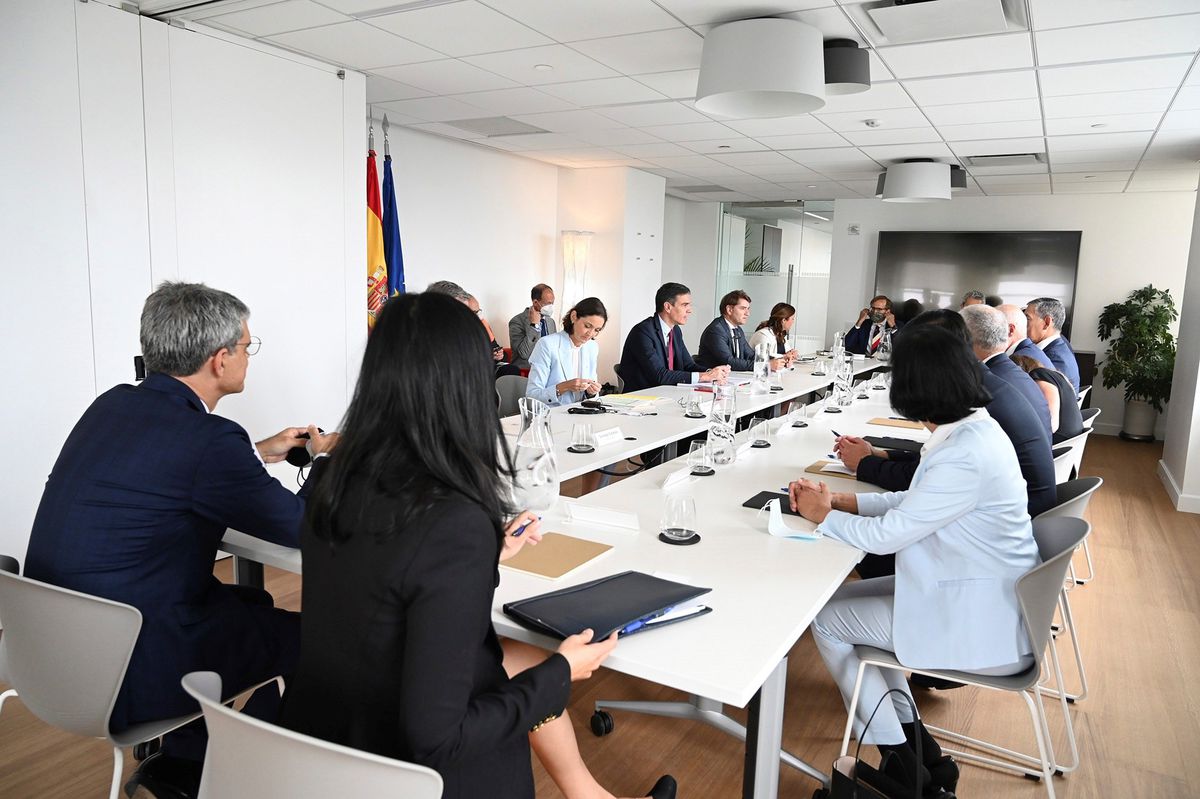 
Pedro Sánchez has faced today, on his first day on a US tour that takes him to New York, Los Angeles and San Francisco, the harsh reality of the large investment funds of the largest economy in the world: they don’t like it the new housing law due to the possible limits to rent increases and they are also suspicious of the labor reform that the Executive prepares and has agreed to the PSOE and United We Can. Sánchez, according to several sources present at the meeting, had to make an effort to convince several managers of funds and banks such as Blackstone, Providence Equity Partners, JPMorgan, Soros Fund Management, Bank of America or Morgan Stanley, gathered by AmCham, the chamber of commerce of the United States in Spain, that the reforms that come in Spain will not scare away their investments.

The president explained to them that the labor reform, agreed with United We Can and also negotiated with Brussels, will imply that Spain is moving more towards the German model of labor relations, where there is social peace but also flexibility for employers to adapt to circumstances through of the ERTE, without firing. Sánchez explained that Spain is a country with few strikes, with social peace and constant negotiation between employers and unions. And as for the new housing law, which some with interests in the Spanish real estate market questioned because they are concerned about the limits to the rent increase and the reduction of penalties for occupations, as explained, Sánchez insisted that it will be legislation like other European ones and they don’t have to worry about it either.

According to these sources present at the meeting, the meeting was successful and the president managed to calm these concerns. The PSOE and Unidas Podemos are precisely now in a complex internal negotiation of the housing law and the group led by Yolanda Díaz accuses the Socialists and especially the economic vice president, Nadia Calviño, of being too sensitive to the pressure of these great International investment funds that bought thousands of homes from semi-bankrupt banks during the previous crisis and are now important players in the Spanish real estate market.

Sánchez has verified these pressures directly, but has also managed, according to these sources, that many of these investors were interested in the great Spanish recovery project supported by the almost 140,000 million euros of the large European recovery fund that correspond to Spain. The president has explained to them that the idea is that this enormous amount of public money is accompanied by another 500,000 million euros in private investment to launch innovation projects, technological transformation, green economy. The Government has a lot of money to invest, more than ever in history, but it needs private partners to carry out the projects and multiply the effect of public investment. That is the idea of ​​the approved fund in the EU. And the main reason for the trip to the US Sources present at the meeting point out that Sánchez has anticipated other European prime ministers with this trip, and that can help, because these leaders have not had face-to-face contact with presidents or prime ministers for months. the pandemic. That is why everyone has appreciated the president’s trip.

Sánchez also met alone, with the same idea, with Larry Fink, the CEO of BlackRock, the largest fund on the planet, with important interests in Spain in almost all sectors – he is, for example, one of the largest shareholders of Iberdrola , right in the middle of the controversy due to the increase in the price of electricity, mainly in the large banks, Telefónica and other listed companies, including some in the real estate sector.

Sánchez has seen both sides of the coin in this way. In Spain, United We can press him to be more courageous with the housing law and the new forms of contract to reduce temporary hiring, and in the financial heart of the United States they push him to the opposite side.

The objective of Sánchez’s trip is, therefore, above all economic. But it also takes advantage of interviews in the media. The US, like Spain, is experiencing a clear upturn in coronavirus positives, and Sánchez has taken the opportunity to boast that his country does not have an anti-vaccine movement and that this will allow him to better overcome the crisis. US televisions focus their programming on the debate over the millions of people who refuse to be vaccinated, and the political and social tension on this issue is evident with a brief review of morning programming. In this context, Sánchez, in his first public intervention on his three-day trip to the United States, in the program Morning joe from MSNBC, has boasted that Spain does not have this problem when asked about the bad data on infections in the country.

“We have high figures today, unfortunately, and that is why we call for prudence, but fortunately we do not have any type of movement against vaccination,” said Sánchez, in clear contrast to the situation in the United States and even in other countries. Europeans where the movement against vaccination has gained strength, to the point that French President Emmanuel Macron has indicated that those who refuse to be vaccinated will have the Administration doors closed and they will not even be able to go to restaurants.

Sánchez explained that the problem now in Spain is that the unvaccinated population, the youngest, is becoming infected, and that is why the cases are increasing. The presenter then asked him if they have a problem with the distribution of vaccines, because in the US practically all generations and all the people who wanted to do it have already been vaccinated, but Sánchez explained that Spain has a good rhythm and is also vaccinating already young people and that it will meet the target of 70% of the population covered by the end of August.

The president has insisted that this is a public health issue that should not generate a political debate: “This is not about conservatives or progressives. The biggest mistake would be to ideologize the pandemic. This is a global public health challenge. We have to ask our citizens for caution ”. Shortly after the interview aired, MSNBC delved into this debate that exists in the US between those who get the vaccine and those who reject it and placed great value on the fact that Sean Hannity, a well-known FOX presenter and great media reference for Donald Trump, said that he believes in science and invited everyone on his show to get vaccinated.

The president has been indirectly asked why he is not going to Washington to meet with President Joe Biden on this trip, but he has not answered. Of course, Sánchez has sent many winks to Biden and has said that it is very good news that he has come after Donald Trump because the former president left the commitments of the Paris summit in the fight against climate change and saw the EU “as a kind of enemy”, something that Biden does not do. In the Spanish Government they explain that it was not yet the right time to look for that appointment in the White House and that is why they have concentrated on an economic trip without going through Washington.