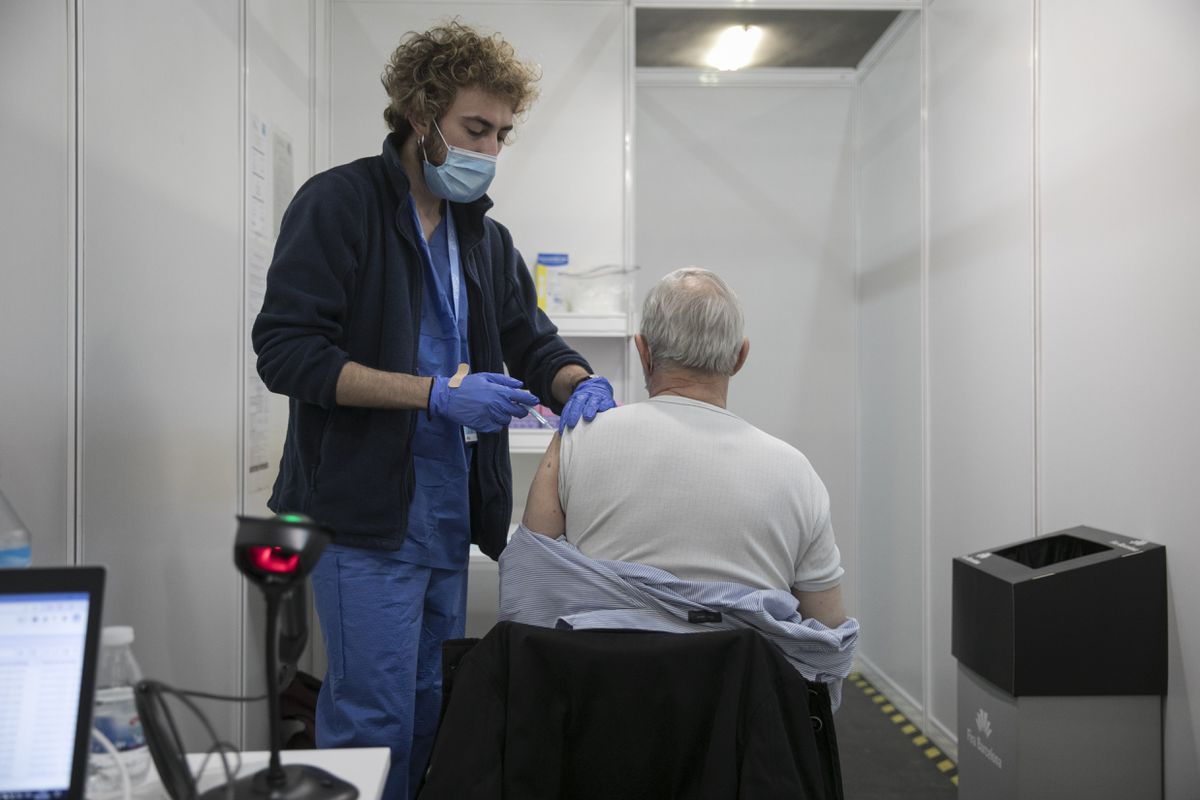 Spain has reached this Monday the first milestone that the President of the Government, Pedro Sánchez, indicated in the vaccination calendar: five million people with the complete guideline in the first week of May. The exact number has been 5,098,903, which is 10.8% of the population. The communities have administered 17.1 million doses in total, 97.3% of those they have received.

Sánchez set a calendar on April 6 with objectives to reach 70% of the completely immunized Spanish population, something that will arrive, according to his forecasts, at the end of August. Before that, he expected to reach five million in the first week of May, something that has been more than achieved; 10 million in the first of June; 15 million the third of that month and 20 million people with the complete guideline the fourth week of July.

Those 20 million are roughly equivalent to the population over 50 years of age in Spain, although it is difficult to make exact calculations by age group, since the first doses of a group overlap with the second of the previous one and it is not yet defined which vaccines are will be used for those under 60 years of age. The Government, in fact, has not returned to fix age commitments after the first, shared with Europe, failed. It consisted of 80% of the population over 80 years of age being immunized in March, something that did not happen until the end of April. Since then the goals are by gross population number.

To reach the goal, a vaccination record has been broken over the weekend: more than 767,000 doses, just after having surpassed the highest daily mark last Friday: more than half a million doses.

After a hesitant first quarter, in which a slow pace of immunization was already planned, and several delays were added, April was the month in which the cruising speed of vaccines began. As many as since the beginning of the campaign were punctured. And if we continue at the current rate, in May it could happen again: inoculate practically as many doses in a single month as in the entire previous period.

Of the five million people with the full guideline, three million are over 70 years old. Vaccination of those over 80 is almost finished (almost 90% have received full immunization). Among the septuagenarians, 79% have already received a dose and 14%, the full regimen.

Messenger RNA vaccines (Pfizer and AstraZenca) have been reserved for these age groups. Some people between 70 and 79 have also received Janssen, but only 300,000 doses have reached the country, which have been shared with the sixties. They are mostly receiving AstraZeneca, which has a three-month interval between both injections, so it will take a little longer to complete the immunization. More than half of people between the ages of 60 and 69 had already received at least one puncture on Monday.

The next group planned in the vaccination strategy is those between 50 and 59 years old. The drugs have not yet been decided. But it is practically certain that messenger RNA will go for them. For the moment, AstraZeneca is ruled out, due to the rare thromboses with thrombocytopenia that have occurred mostly in people younger than this age. And it remains to be seen what will happen to Janssen, another vaccine suspected of producing these rare side effects in younger people. Being a single dose, using it or not in the following age groups will be key to speeding up the immunization process or slowing it down.

The goal comes at a time when the number of cases seems to be starting to decline. The cumulative incidence, which has been stagnant for two weeks at around 230 cases per 100,000 inhabitants in 14 days, has dropped to 223 this Monday. We will have to wait to see if the data for the week confirm this trend or is it a mere sawtooth caused by an underreport at the weekend. On Monday of last week it amounted to 235.

These figures, which are still “high”, according to the Health traffic light, are gradually moving away from the “very high” level, marked in 250 cases per 100,000 inhabitants. There are seven communities that are above this barrier: Aragon, Cantabria, Catalonia, Madrid, Navarra, the Basque Country and La Rioja, in addition to Melilla. Five autonomies are below 100: the Balearic Islands, the Canary Islands, Extremadura, Murcia and the Valencian Community. The latter is the only one that is below 50 cases per 100,000, one of the objectives that the Government has set to consider the epidemic controlled.