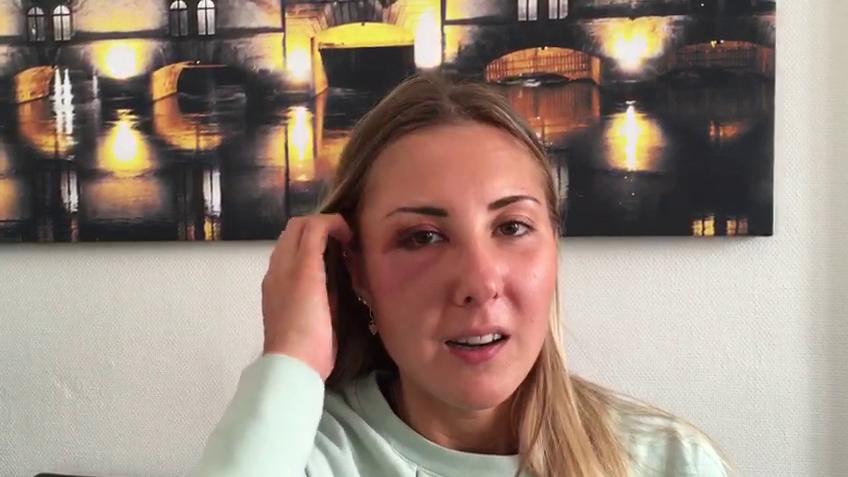 The assault of a young girl in a street in Strasbourg who claimed to have been insulted and beaten because she was wearing a skirt is questioned by the elements of the investigation. The peeling of the video surveillance and the call for witnesses did not yield anything and the testimony of the young woman varied slightly.

The case was revealed by France Bleu Alsace on September 21, sparked a wave of emotion but is now questioned by investigators. A 22-year-old student says she was insulted and punched in the face on September 18 around 2 p.m. in Strasbourg because she was wearing a skirt. In the wake of her assault, she lodged a complaint with the police station.

Elisabeth explains having met three men in their twenties, near the Malraux media library in Strasbourg: “One of the three men says to me ‘look at this bitch in a skirt’. I allow myself to answer ‘sorry?’. There, they answer me ‘you shut up bitch and you look down’. Two each grab me by one arm. and the third punches me in the face. And then the three run away. “, she testifies. Elisabeth posts photos of her face with a black eye on social media, causing widespread outrage. “The skirt is not responsible for the aggression, and the woman even less”, declares Marlène Schiappa, the minister delegate in charge of citizenship, who moves immediately to Strasbourg.

On September 22, the Strasbourg police (DDSP) announced that they were opening an investigation into “violence committed in a meeting followed by incapacity not exceeding 8 days” and that she proceeds “to the collection of testimonies and the use of video-protection images”. According to testimony, the assault took place on Quai des Alpes, a popular place on the outskirts of the city center. But several days later, investigators lack evidence. The images of the CCTV cameras of the Quai des Alpes do not show any aggression.

Immediately after the revelation of the assault, the DDSP launched an appeal for witnesses. He gives nothing, which is “rare” according to investigators. No one answered it, while the affair was very publicized. Elisabeth had also affirmed that about fifteen people had attended the scene but that no one had reacted or called for help. “This is what revolts me the most in history”, she had then told France Bleu.

Heard again by investigators, the young woman says she was at the wrong place, and that in reality she was closer to her home at the time of the assault. The investigators therefore examined other cameras, in the area of ​​the new alleged location of the assault, and peeled 50 hours of video: a colossal job for a case like this, according to a police officer. But there again, on the images, we see neither Elisabeth nor the three men. The investigators therefore began to seriously doubt his testimony, but continued their investigations. For now, the young woman is the only one to have been heard in this case.

Membership of a controversial collective

Contacted on October 7, Elisabeth told France Bleu Alsace to tell the truth: “Did I wake up like this with a black eye?” And she says she is stunned by the violence of some comments on social networks. Several Internet users point out in particular the fact that Elisabeth is part of the Stras Défense group, a controversial collective created this summer on Facebook which fights against street harassment and presents itself as apolitical.