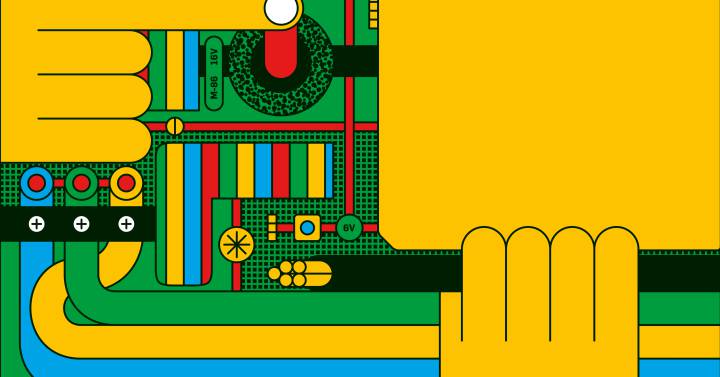 
The philosopher Daniel Innerarity says that this is not the end of the world but “the end of a world.” The definitive black swan in the form of a virus, biological and not computerized, arrived in 2020 to end the last certainties and show the enormous deficiencies and inequalities of what we called normality. We will not miss her. There is no worse nostalgia than longing for what never happened. It is first of heartbreak. What ends does not come back. And if it comes back it is just a simulation of what it was. Let’s overcome that hollow normality of Lipovetsky’s era of emptiness that fear and uncertainty now seem to have filled.

This year of dystopias coming true in which science fiction books went to the shelf based on true events, and horror movies to the drama section, let’s run away from the retrotopia of any time past was better. Because it wasn’t. Without men in gray, however nostalgic and reactionary, we have a foundational opportunity, comparable to our entry into the European Common Market 35 years ago. A chance to decide what we want to be before others do it for us and perhaps against us.

You cannot replace the engine of the plane in flight but we can do it in this forced landing. Now that we have stopped the system, let’s take the opportunity to change it. The European recovery plan and its commitment to digital and sustainability, our networks covered by fragility and with it, the importance of what Elinor Ostrom called the commons, configure the perfect wind to change course.

And yes, technology is going to be fundamental, but it has to be so in a different way. Yuval Noah Harari’s homo deus has died in this crisis and, with him, that vision of technology that made us all powerful.

Competitiveness is not an end but a means to prosperity. Let’s stop looking at ourselves in the ultra-liberal mirror of bulimic Silicon Valley and its accelerating growth. Another model is possible. That of technology with a purpose that does not make 0.1% of the population a millionaire but improves the lives of the other 99.9%. Fair, inclusive and sustainable digitization that puts the citizen at the center.

A transformation that begins with health and puts data and technology at the service of analog, public and universal health; that builds a learning society, which, as Joseph Stiglitz explained, understands that education, innovation and science are the only guarantees of decent employment and sustainable growth. A transformation that understands the power of the industry and its creation of value in the face of that extractive capacity of the neocolonialist Internet empires of which Mariana Mazzucato spoke, and that gives tools to small local companies to survive the Goliaths of platform capitalism . After all, “Jeff Bezos doesn’t live in Verín”, as the Orense facades on the banks of the Támega say.

But this capital opportunity is not a blank check but a red slip. As Miguel Delibes recounted, in a paper booklet all the pages are white until a red one announces that there are only five left. It is the beginning of the end. The signal that something is over. This is not our first chance, but it may be our last. The moment is now. In an environment of complexity, the future is not built, it is woven from common purpose, consensus and the ecosystem. The cathedral that we will leave to those who will come must grow like a bazaar. Plural, decentralized, complex and alive.