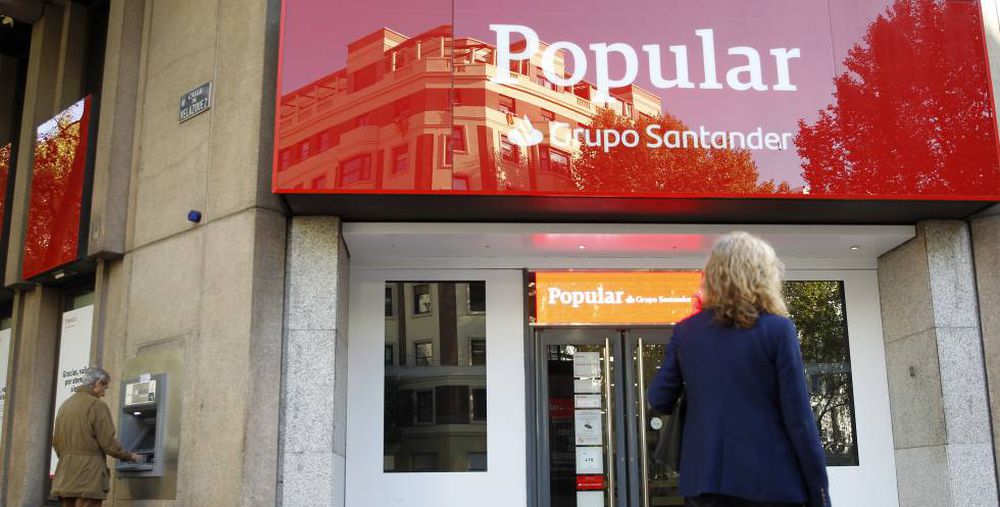 
The judge of the National Court José Luis Calama has requested various documents from Banco Santander to investigate whether Banco Popular, acquired 100%, granted financing to clients of the entity for the capital increase in 2016 without discounting the corresponding capital, as required the law.

It all dates back to May 25, 2016 when the Popular, then chaired by Ángel Ron, decided to increase capital to make provisions to cover depreciated real estate assets and reinforce its own resources. The operation goes well, but after the arrival of the new president, Emilio Saracho, rumors arise about the possibility that the expansion had been covered, in part, with loans from the bank itself. The law specifies that if money is loaned to clients to attend a capital increase, these amounts should not be accounted for as own resources.

On April 3, 2017, under the command of Saracho, Popular issues a relevant fact in which it says that this problem is being investigated and that the council has been informed of “certain financing to clients that could have been used for the acquisition of shares in the capital increase, the amount of which, if verified, should be deducted in accordance with the current regulations of the bank’s regulatory capital, without effect on the result or the net book equity. The statistical estimate of the amount of these financings is 205 million euros, the total amount object of this analysis being 426 million euros ”.

The judge says that “in the case there is a document of enormous importance. At the request of the CNMV, Heraclio Peña submits a report (dated October 2, 2017), complementary to previous ones, on various aspects of the relevant event of April 3 ”.

It says that “precise financing instructions were given,” according to the order. The judge deduces “that both the CEO of Popular, as well as the general directors of Retail Banking and Customer Business led said financing, encouraging the commercial network —through the territorial and regional directors— to offer financing to certain clients. del Popular in order to participate in the aforementioned capital increase ”.

It also believes that there are indications that the top managers of the bank’s strategic departments ―General Audit, Internal Audit and Risks― “knew about and consented to said financing”. Even the Director of Regulatory Compliance informed the CEO’s Office that the commercial network was financing the expansion, reads the Hearing document.

The order explains that the Popular Risk Policy Manual expressly prohibited “financing for the purchase of Group shares and preferences.” Both the branches, as well as the regional and territorial directorates “knew of the aforementioned prohibition,” says the judge. “Said prohibition, express and categorical, was circumvented by stating as the destination of the credits other than the financing of shares.” And he points out that for this, specific instructions were given to the commercial network, “avoiding the prohibition of said Manual.”

For this reason, it is now being investigated whether “the entity offered the market better regulatory capital ratios than the real ones, consciously violating the principle of transparency that governs its operation.”

The judge criticizes the inaction of the Popular Internal Audit Department for “not opening an extensive investigation regarding this issue and limiting itself to carrying out an estimate. It also recalls that it was not effectively demanded by the council and points out that the investigative work carried out by the vice secretaries of the council “consciously overrides any examination of specific operations. This fact causes stupefaction ”.

He also criticizes the external auditor, PwC, the European Central Bank, “which is the entity’s supervisor, through intrusive inspection. Even this entity applauded the operation after performing it.

Therefore, it asks Santander to facilitate the work of the court’s experts to prepare three files in Excel or Access format with details of the shareholders – excluding the employees of Grupo Popular – who subscribed more than 5,000 shares in the capital increase of May 2016.