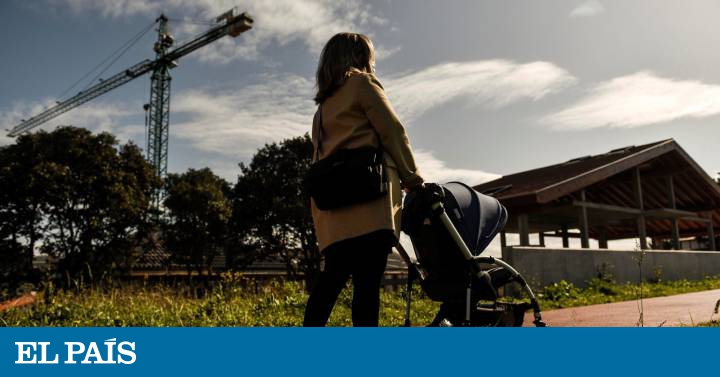 That in a market as globalized as the current one, an alert for a rise in inflation in the United States could have repercussions on the index that determines the price of mortgages in Spain should not be surprising. Experts believe that it is in the rises in prices registered on the other side of the pond that the main reason for the Euribor has moved away in March, for the second consecutive month, from the all-time low to which it plummeted in January – that – 0.50 that many consider its natural soil— and has reached a monthly average of -0.487, in the absence of data for this Tuesday and Wednesday. The index, however, will continue to move in this same environment for the remainder of the year, thus giving away some joy to the mortgaged, who will see the cost of variable loans decrease now or in the coming months.

This is so because the Euribor, once added to a fixed differential established by the issuing bank of the loan, is the interest rate at which the borrowers have to return the capital to the entity, in the case of a variable mortgage. The interest rate is reviewed every 12 months. If at the time of the review the monthly average of the Euribor is at a lower level than a year earlier, the mortgage becomes cheaper. Which, precisely, is happening now, since the index has dropped 2.2 tenths of a point compared to March 2020.

In this way, those who have a variable loan of 150,000 euros for 30 years and now review the interest rate, will pay 450.18 euros per month, compared to the 463.95 euros of monthly payment paid in the last year, which represents a total discount of 165.24 euros, according to calculations by the bank comparator iAhorro.

The extraordinarily low variable interest rates seen in the market – determined by a Euribor that not only has been in negative territory for more than five years, but has chained six consecutive historical lows until January – have a paradoxical effect: boost fixed interest rates. From iAhorro they point out that the line between the interest rates that were previously possible to obtain for a variable mortgage and those that can now be obtained for a fixed mortgage has been very fine.

For this reason, since last year, the balance has been tilting more and more towards the fixed rate offer, which in January has exceeded the percentage of variable mortgages for the first time in six months, attesting to 51.2% against the 48.8%, as reflected in the INE data. “When the nominal interest is very low, the banks push customers to bet on the fixed rate to be able to retain it for a longer time and it is very difficult for a buyer to opt for a variable loan if the fixed ones remain so competitive,” he explains the comparator’s Mortgage Director, Simone Colombelli.

In any case, the rise in the Euribor this month, after a slight rise in February (-0.501), is interpreted as a sign of the concern that a possible inflation that is too exuberant causes in investors. In the US, the price index is already at 1.4%, not far from the 2% target set by the Federal Reserve as a breakeven point. “Joe Biden’s injection of $ 1.9 trillion in stimulus spending – the equivalent of 10% of North American GDP – and a further $ 2 trillion package of potential infrastructure investments can make the US economy The US recovers and grows much faster than expected, prices skyrocket and, as a consequence, the Federal Reserve raises interest rates ”with the aim of stopping this rise, explains Joaquín Robles, analyst at the financial broker XTB.

Could this situation be replicated in Europe? Although he expects inflation to have risen to 1.2% in March, this expert admits that “the recovery is not being so strong and the rise in prices should not constitute such a strong threat in the short term.” The expansionary monetary policy of the European Central Bank (ECB) guarantees that there will continue to be a lot of money in the system to lend, so that the supply of credits will continue to exceed the demand. And, for the moment, the supervisor is not considering tinkering with interest rates.

All of this has a direct impact on the Euribor. “The index will remain at current levels for the remainder of the year,” Robles predicts, although “fears that an eventual increase in inflation will lead to monetary tightening of central banks earlier than expected have pushed it away from its ground. ”. Along the same lines, Colombelli predicts “fluctuations in the mortgage index over the next few years”, but, in the short term, “the Euribor will remain in negative territory.”