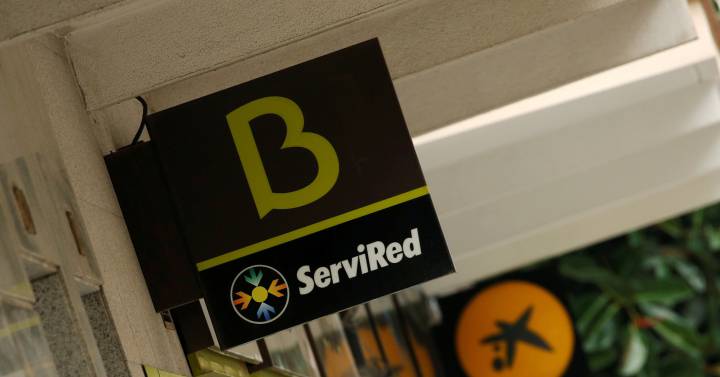 The new CaixaBank shares will start trading next Monday after having absorbed Bankia and having legally registered this operation tomorrow, Friday, with the dissolution of the entity that 11 years ago was created around Caja Madrid, the first Spanish savings bank created ago. 320 years, and six other savings entities, including Bancaja.

The creation of Bankia led to the departure of 4,800 employees, a figure exceeded a few years later, in 2013, when the State intervened in the bank and injected 24,424 million euros to clean it up. At that time, the number of departures was 7,000 employees, although this figure included relocations or sale of subsidiaries, such as the bank it had in Miami, which reduced the ERE to about 5,000 people. Both have been the biggest adjustments for banking in Spain.

Together, CaixaBank and Bankia have a workforce of 46,762 employees, without taking into account the insurance group of the entity of Catalan origin. Of this figure, 30,812 employees correspond to the current workforce of the Catalan entity, while Bankia adds 15,950 workers.

Now, after the merger of CaixaBank and Bankia, the exits will be more numerous than those carried out so far by both banks separately, according to all the sources consulted. “It will be the largest adjustment made in the Spanish banking system at one time,” the same sources agree.

At the moment, the figures that the team in charge of the merger handled before Competition issued its opinion on the merger on Tuesday pointed to departures of 7,000 to 8,000 employees, which represents between 14% and 17% of the workforce, although It all depends on the negotiations that are later carried out with the unions, and on the adjustments that the new bank is making following the conditions imposed by the CMNC aimed largely at avoiding financial exclusion.

Union sources assure that, for now, the only thing that CaixaBank has transmitted to them is that they intend to make a one-time adjustment instead of making several exit processes as other entities have carried out. In addition, they have been warned that it will be a high file, but without specifying a number.

At the moment, the idea is to convene the unions just after Easter to start the adjustment before summer, and that it ends in the first half of 2022. In this way, the ERE would be completed in two years, 2021 and 2022.

EAE Business School professor Ricardo Zion agrees that departures will approach 8,000 employees, a figure that is close to the 8,400 employees over 50 that both banks have. In his opinion, negotiating with the unions “will not be easy, since we have the close precedent of the last ERE of CaixaBank in 2019 and the fact that in the current economic situation it is not socially easy to put so many employees on the street with little chance of re-employment ”.

In any case, the EAE expert points out that, apparently and on average, it is cheaper to fire the Bankia employee, who in turn has an older workforce.

The Bank of Spain has already reiterated on several occasions in recent months the need for banks to reduce staff, and has pointed to the next two years as the deadline to carry out the adjustment of the sector.

The unions also handle figures of around 6,000 and 8,000 exits. “A higher figure would be an unjustifiable excess. In fact, 8,000 already seems like a high number of exits, ”says a union source. Some analysts, however, believe that an exit of 10,000 employees would not be far-fetched.

At the last Bankia shareholders meeting, all the unions with a presence in the entity on Tuesday demanded that the departures be by agreement, which implies that they are voluntary and with a pre-retirement predominance. José Ignacio Goirigolzarri, Chairman of Bankia and CaixaBank as of tomorrow, promised to agree on the exits, which would be “mostly voluntary”.

CaixaBank and Bankia obtained yesterday the last authorization to carry out their commercial merger tomorrow, Friday. The Ministry of Economic Affairs announced on Wednesday the approval of the merger operation, which the head of the department, Nadia Calviño, promoted last summer together with Isidro Fainé, the president of the La Caixa Foundation, the main shareholder of the Catalan entity.

The conversations between the two encouraged the CaixaBank and Bankia boards of directors to study in September the merger that will create the first bank in Spain and in which the State, recalls the ministry, will have 16.1%.

On Wednesday the approval of Competition came, after also receiving the reports without objections from the Bank of Spain, the National Commission of the Stock Market, Insurance and the Executive Service for the Prevention of Money Laundering (Sepblac).

The new CaixaBank will have a physical presence in 299 municipalities where there is no other branch of a competing financial institution, although it may close branches where the number of clients falls below 400.

He also has permission to lower the blind in the offices where at the time that Competition granted him authorization – which happened this Tuesday – they had less than 400 clients and the number was subsequently reduced by 20%. In order for the authority chaired by Cani Fernández to give the go-ahead to the merger, the resulting group has agreed to fulfill a series of commitments to solve some competition risks observed in certain areas, especially in the retail banking businesses.

One of them is that the new CaixaBank undertakes not to abandon any municipality in which there are no more branches than one of CaixaBank or one of Bankia, a situation that occurs in 299 local areas between the two banks.