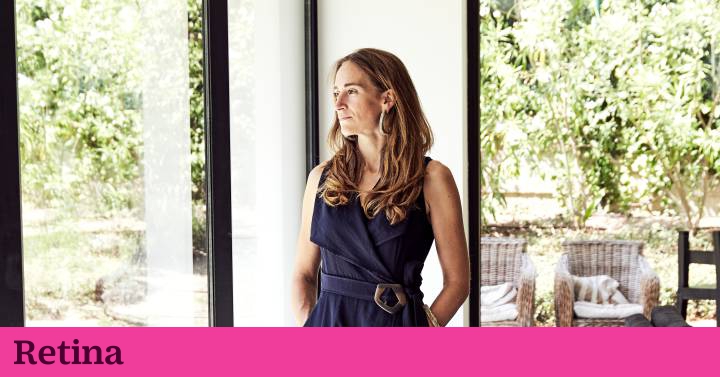 
New York is an international benchmark in many ways, but it is not infallible either. He never excelled at something that California usually commands: attracting tech startups. San Francisco Bay (Silicon Valley) or even some European cities have always had a very good reputation among young aspiring entrepreneurs.

This stain on the reputation of the Atlantic megacity began to fade a decade ago. New York is today the second world capital of entrepreneurship (Silicon Valley is still ahead). Part of the fault is a Spanish woman: Ana Ariño. Until the beginning of 2020, this woman from Madrid held the vice presidency and strategic direction of the New York City Economic Development Corporation, the agency in charge of planning the development of the city. His is the highest non-political position that can be reached in the organization chart of a city council that handles a budget of about 90,000 million dollars, four times that of the Community of Madrid and higher than the GDP of 130 countries.

Ariño’s tasks included leading the city’s innovation strategy and developing strategic projects in urban planning or communications, with special emphasis on technology. His mandate was, in his own words, “to prepare New York for the future.”

How do you improve a megacity from an office?

It is about always being one step ahead, anticipating what may happen, with ambitious projects and on the frontier of the innovation economy. Our vision was to make New York a world reference capable of giving all of its citizens the opportunity to prosper. And that was what a smart city meant for us: a city where innovation is key to defining your future and technology is at the service of the citizen to improve the urban experience, create new economic opportunities and face the many challenges that exist, such as inequality or climate change, and those that are yet to come. How has it been achieved? Encouraging cooperation between agents that participate in the innovation process (entrepreneurs, government, investors, companies, universities, etc.) and betting on education.

How did you manage to make New York a desirable destination for entrepreneurs?

After the 2008 crisis, we set out to become a global technology capital attracting talent and investment to diversify the productive fabric. Over the next 10 years, we launched incubators and accelerators focused on strategic sectors, brought to New York a new engineering university on Roosevelt Island called CornellTech, celebrated the successes of local startups, and supported the progressive expansion of Google in Chelsea, among others. . Now, New York is the second largest entrepreneurial ecosystem in the world after Silicon Valley: in 2019 it received more than $ 17.2 billion of venture capital investment in startups. As a point, in 2010 it only captured 2,200 million.

In which sectors did you focus your entrepreneurial seduction efforts?

I would highlight three: biotechnology, cybersecurity and urban technologies, or urbantech. The evolution of the latter is an example of the rapid growth of technology entrepreneurship in general. The scale of the urban center of New York makes it a suitable place to develop solutions on waste, energy, transportation, infrastructure or construction: it has 800 bridges and tunnels, 600 miles of coastline, 6,000 of roads … Of the incubators that we started Among others, Jump, the scooter company that Uber bought for 200 million, came out. In 2018 we closed agreements with companies and universities to test products in the city. Numina, for example, deployed sensors in Downtown Brooklyn to capture anonymized data to help understand traffic behavior patterns at one of the major intersections and help authorities with planning. Now New York receives 10% of the world’s venture capital investment in urban innovation.

Do you consider New York to be a smart city?

The term smart city I do not like. Suggests collecting data from citizens as an end in itself, evokes surveillance capitalism. That does not work for several reasons: public opinion does not accept it and the solutions that really work are those that solve citizenship problems. Our strategy in this area has been based on three pillars: connectivity; the innovation economy, which is the part that we controlled, and the pilots or applications of urban technologies to solve social problems.

What role does citizens play in this process?

Smart cities must be the result of co-creation with citizens. These should help identify the problems in each neighborhood. For example, in Brownsville, where 40% of the population lives in a situation of poverty or vulnerability, we carried out a project that combined smart lighting with art to improve street safety at dusk, beautify and energize the environment. public space. Depending on the pedestrian activity, the colors, images and intensity of the 3D projections change, which also describe a wave effect as pedestrians walk or buses pass. Crime fell. Thanks to the neighbors, we found that to make a street safer you do not always need more policemen, but it may be enough to illuminate it better.

In what cases can smart cities remember surveillance capitalism?

The project in Toronto by Alphabet’s real estate arm, SidewalkLabs, comes to mind, which consisted of rehabilitating the docks and, incidentally, showing the world how the company conceives a smart city. Google has announced that they are leaving it, in principle because of the pandemic. It is also true that there has been a strong rejection by citizens, who do not see favorably that an American big tech like Google goes to Canada to plan a city. It generates a lot of suspicion because the company keeps your data, because the neighbors do not know what the technologies that will be implemented are going to be, and so on.

He says that one of the pillars of New York’s innovation strategy is education. Can it be more specific?

An example of educational investment in schooling is the Computer Science for All (CS4All) initiative: introduce compulsory computing in all public schools from the age of four until you graduate at 17. Keep in mind that in New York there are 1.1 million children’s. We have also introduced the use of 3D printers at all levels. With them they do everything: from creating hooks to leave backpacks to recreate an electronic circuit in a model. When you enter a class, the teacher asks “Who speaks code?” [¿quién sabe programar?] And everyone raises their hands, your hairs stand on end. The effects of this program will take a generation to notice, but they will make a difference.