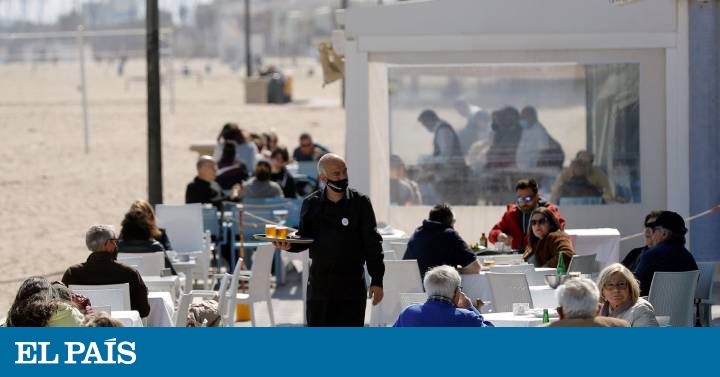 The damage caused by the pandemic in the economy has had serious repercussions also among the self-employed, a group that fell by 10% in the first nine months of last year. As of October 1, 2020, there were 2,670,000 self-employed employees in Spain, according to an INE report published last month. In order to alleviate the consequences that the coronavirus containment measures adopted in the health emergency had on this group, the Government implemented a series of aid. In the case of having received them last year – other subsidies have been approved this month – the benefits must be reflected in the income statement, whose campaign begins on April 7.

Perhaps one of the best known aid that was launched so that the self-employed could cope with the crisis is the extraordinary benefit for cessation of activity. Like the usual benefit, this subsidy is part of the unemployment protection system and, as such, has to be taxed as work performance. “Although its origin is in the activity of the self-employed worker, it is not an income inherent to it and therefore it is not classified as a performance of economic activities”, explain from Gestha, the organization of the finance technicians.

This means that the taxpayer will be able to benefit from tax reductions on earned income, so the first 2,000 euros of the benefit will be exempt from tax, as long as they have no other income from work. In the case of receiving aid less than this amount, from the fintech TaxScouts they highlight the obligation to continue allocating income in personal income tax even if it is not paid for them. “We must also remember that the self-employed who are in cessation of activity, although they have no more income or expenses than the provision itself, continue to be required to present the quarterly models of VAT and personal income tax,” they underline.

On the contrary, if you have been able to benefit from an ICO credit, since this is an aid that must be repaid, the self-employed worker should not compute it in their return as work performance. However, “the interest borne by the employer can be deducted as expenses, as well as the rest of the expenses of opening and constitution of the credit that have been applied”, stand out from TaxScouts. And they remember that, “in the event that the self-employed person has been able to take advantage of the extension of the grace period of the loans, so he has not had to pay the principal of the installment, but interest, he could also deduct these as expenses”.

There are also subsidies granted by the autonomous communities. These are taxed as income from economic activities, as long as their exemption has not been expressly established. On the contrary, benefits compatible with the activity (that is, those intended for self-employed persons who have not been able to recover the income they had before the pandemic or whose situation has worsened in recent months) should be included in work income. Extraordinary low-income assistance and seasonal self-employed assistance, available to workers who had to be registered in this scheme for a minimum of two months between 2018 and 2019.

“As with any other source of income, not declaring the aid received due to the coronavirus crisis may imply a penalty that varies depending on the severity of the offense,” they warn from TaxScouts. The penalty will be light when the undeclared amount does not exceed 3,000 euros, whether or not there is concealment; serious if the undeclared amount is greater than 3,000 euros and there is concealment; and very serious, when fraudulent means are used.

The Treasury technicians also point out that several regulatory modifications have been carried out in order to take into account the decrease in income caused by the pandemic and that it has affected businessmen who are in the objective estimation system or by modules (that is, that is, the management of taxes that is based on the calculation of profits according to certain indicators and not on the detail of accounting).

In this way, the reduction in the net return of the activity in 2020 goes from 5% to 20%, in general, and to 30% in the tourism, hospitality and commerce sectors. For the calculation of the annual yield, the days of inactivity in which the state of alarm was declared in the first semester of last year, nor the days of the second semester in which the economic activity had been suspended due to the measures adopted by the autonomous communities. In addition, the waiver is allowed only for one year, instead of three, to the objective estimation method by modules in personal income tax, the simplified regime and the special VAT regime of agriculture, livestock and fishing in 2020, as is will allow in 2021.