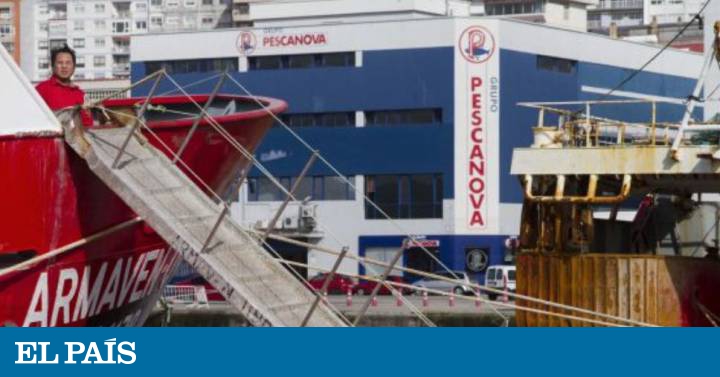 “There has not been any deception”, perhaps “some errors of interpretation”, assured in the National Court, in his more than seven hours of statement in 2013, Manuel Fernández de Sousa. The former president of Pescanova, once admired businessman in Galicia, is The head of an alleged systematic fraud that, according to the order released this week by Judge José María de la Mata, managed to misrepresent the company’s accounts for billions of dollars. The 131-page document reveals something similar to a scam pyramidal, an accounting trilerism that generated tens of thousands of false invoices thanks to which the fishery obtained short-term liquidity to invest in pharaonic aquaculture projects that could not take off to cover the holes. The curious thing is that the forward flight became the common way of working in a listed company with half a century of history and a great reputation. It ended up being rescued by the creditor banks and is now operating under or the name of Nueva Pescanova SL.

How could it happen? The authoritarian personality of Fernández de Sousa – even his trusted staff feared for his outbursts of anger – does not overshadow a complex plot in which, according to the findings of the investigation, about twenty people and 11 shell companies participated. With the blind eye of the auditor (BDO) and with banks that gave loans without demanding all guarantees, the pieces of a puzzle were completed that hid from the regulator and shareholders a black hole of 2,164 million in unaccounted-for debt (2010). The following year that hole was nearly 2.4 billion.

Fernández de Sousa was prolific in his explanations before the judge about the cost of producing a kilo of salmon or turbot, but he only managed to digress when asked how he made up the accounts. Now, about to turn 67, he is trying to rebuild his professional career in an aquaculture company in Saudi Arabia that, by the way, has skyrocketed its shrimp production, according to the specialized fishing portal Undercurrent News. He is not subject to any precautionary measure, such as the withdrawal of his passport, but in a few months he will have to sit on the bench to defend himself, with his most trusted executives, against the crimes of falsification of accounts, fraud, property lifting, laundering, falsification in commercial document or use of privileged information, among others. This newspaper tried, without success, to contact him.

Lies on a grand scale

Although the irregularities began earlier, the order indicates the year 2010 as the beginning of the large-scale lies in the Vigo fishery. According to the official note of that time, the results of that exercise were the best in its history. In the midst of the consumer crisis, at a time when the private label reigned supreme in Spain, Pescanova’s sales were supposedly growing by 10%, and profits by 20%. A group that had started an intense investment plan of 833 million euros in 2007 to expand its shrimp, salmon and turbot aquaculture business in Central America, Ecuador and the Southern Cone could not do better. In those years, “Captain Pescanova” allowed himself to be photographed surrounded by children in massive promotional events and had the almost unconditional financial support of the two Galician savings banks.

Sousa wanted, according to the investigation, to safeguard part of his assets abroad. In October 2015 the court blocked three accounts in Andorra of the woman and two children of the former president of Pescanova, María Rosario Andrade, Pablo and Ignacio, worth 3.3 million euros that had not been declared to the Spanish Treasury. It is also unclear where those funds came from. Andrade had also been investigated in 2013 for the attempt to divert four million to Hong Kong from an account in Portugal days after the National Court admitted the complaints against her husband for falsifying the accounts. Because, when everything exploded, the family desperately tried to get the maximum liquidity back behind any control. It was for this reason that between December 2012 and February 2013, the then Chairman of Pescanova sold small packages of shares for 31.5 million euros without notifying the CNMV. In order not to arouse suspicion, he went to the market up to 46 times. It stopped selling when disaster struck and stocks sank.

Already with the scandal above, in 2013 the businessman claimed 663,119 euros from the company for “having been fired.” He earned more than 55,000 euros a month, but there was no contract for his duties as director. His claim was rejected.

The reality was quite another. The head of audit, the director of administration, the person in charge of accounting, the financial director, the treasury … according to the judge’s order, all those who surrounded Fernández de Sousa, in many cases professionals with extensive experience, were, together with he, responsible for obtaining millionaire financing from the banks that was not later consigned in the balance sheets to accelerate those investments. The CNMV was systematically presented with the falsified accounts.

They did it in various ways. Pescanova was the visible head of a group of 151 companies with a presence in 25 countries on five continents. Until 2010, the group financed its investments with loans from the parent company, but that was no longer enough to pay for 50 aquaculture facilities, 30 factories and the development of 11,495 hectares of farms. “The strategy was modified and the level of external financing increased, increasing the level of loans from financial entities in local companies guaranteed by Pescanova,” says the car.

On the one hand, the farms did not finish starting and, on the other, it was necessary to attend to the losses of group companies. Since 2011, his equity and equity were negative, so he would be in dissolution and should have filed for bankruptcy. Far from that, Sousa, an entrepreneur who was able to get his employees out of bed at five in the morning to ask any minute detail of the business, used three tools: documentary credits, a network of shell companies and the fraudulent use of factoring lines.

With documentary credits, which are a means of payment for exporters to guarantee, in exchange for a commission, the collection of the merchandise they send abroad, Pescanova cheated by selling fictitious fish shipments to its subsidiaries. He prepared a proforma invoice in favor of a group company and said subsidiary requested the bank to advance the funds, which it received in a bank account in Spain in the name of the American Shipping company. In turn, this company sent them to Pescanova. A game that gave him liquidity in the short term, but unsustainable over time due to the payment of commissions. They obtained this money, according to the investigation, “without the financial entities demanding the corresponding documentation”; for example, shipping reports guaranteeing that the product had been delivered.

The plot created a network of companies with no apparent connection to Pescanova that constantly issued false invoices. These generated promissory notes that Pescanova presented at a discount in the banks in order, once again, to obtain short-term financing. With the use of factoring, also based on the discount of invoices for non-existent, duplicate or already discounted sales, the company also involved real clients without their knowledge.

Between 2012 and 2013, it issued 41,823 invoices for almost 500 million euros, lists of accounting entries that were 90% fictitious and that the financial and administration departments managed with total normality. The banks, although they had the right to demand additional guarantees, did not do so. And they often demanded from alleged debtors the payment of amounts they had already paid, “which generated business reputation problems for customers” that they did not deserve. A customer, for example, could receive complaints from multiple banks on the same invoice. And when he contacted the fishery, he received an apology email that spoke of “an error that will be solved in the near future”, something that never happened.

Underlying all this is the question of why a company with 11,000 employees and a long history embarks on a crazy race that it could not win. “It was only out of a desire for pride. If his father founded the largest fishing company, Manuel Fernández wanted to overcome it with the largest aquaculture company in the world ”, says a former employee. “And he wanted to do it all unnecessarily fast. He was taking material to Latin America by plane to build the farms. The costs were skyrocketing, I needed to have it all to feel bigger ”.

Another former collaborator notes a second clue. “He was not fundamentally wrong. He chose well the species to exploit (salmon, turbot and prawn). But in aquaculture the determining factor of price is food, because energy consumption and labor do not weigh so much in the account. Their mistake was wanting to compete with big players who got better feed prices. And with very narrow margins, he ended up dumping [vendiendo por debajo del coste]”. A reasonable businessman, other sources point out, would have done the same in a longer period of time. It was not the case of Fernández de Sousa.

The proof that the company was viable came after the rescue by the creditors (Banco Sabadell is currently the group’s main shareholder, with 23.8%. CaixaBank, HSBC, Ubi Banca, BBVA and Bankia have featured packages). In 2016 Nueva Pescanova, the heir company of Pescanova in which none of the defendants work, had a turnover of 1,060 million, has 12,000 employees (one thousand more than before) and a growth program to renew part of its fleet of 72 ships (it had over a hundred).

It is also leaving assets along the way. Although the brand has not suffered too much, it is still in losses, has significant debt, has sold its salmon farming division and some of its subsidiaries disappeared. This week it was selling off its shrimp farms and its plant in Honduras. The move is part of a plan to divest assets that will last until 2020. Old shareholders have been diluted and only hold 1.7%.